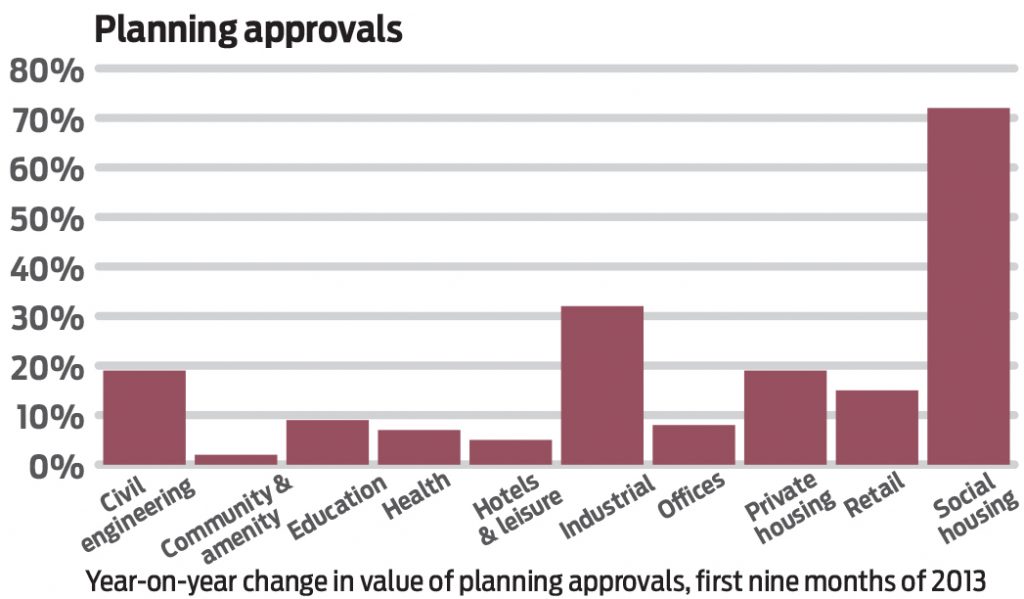 Main contract awards and project-starts continued to decline but a high value of detailed planning approvals should boost the sector moving into the second half of 2022.

Totalling £1,306 million, industrial work starting on-site during the second quarter of 2022 fell 42% against the preceding quarter to stand one-third lower than a year ago.

Underlying industrial work starting on-site (less than £100 million in value) weakened by 36% against the preceding quarter on a seasonally adjusted (SA) basis as well as by a quarter compared with the previous year to total £1,048 million.

While major project-starts (over £100 million) were up on the preceding quarter, the value remained 55% lower than a year ago.

Adding up to £1,048 million, industrial main contract awards decreased 30% against the preceding quarter and the previous year.

While underlying project approvals increased 1% against the preceding three-month period (SA), the value decreased 7% compared with a year ago to total £2,318 million.

Major project approvals, at £600 million, increased significantly (71%) against the previous quarter but remained slightly down (-3%) on the previous year. 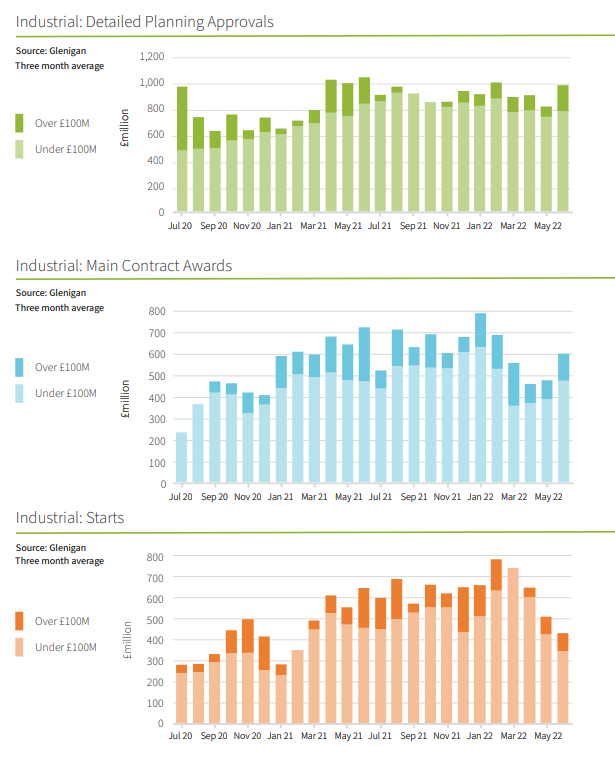