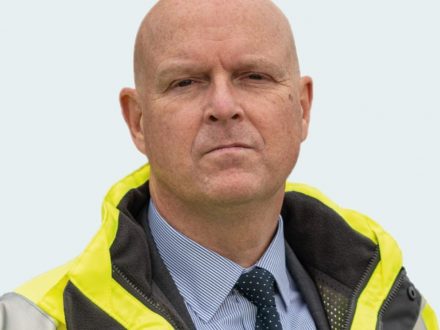 “This is just the start,” says Peter Baker, chief inspector of buildings at the Health & Safety Executive (HSE), on the Building Safety Act’s recent Royal Assent.

“The act is very complex and very comprehensive,” he explains. “But it is primarily an enabling piece of legislation […] It will have a lot of secondary legislation regulations.”

The act directly sets up the new Building Safety Regulator (BSR), which Baker is responsible for assembling and leading. It puts the body into law, even as its precise duties are still being fleshed out.

“Secondary legislation will provide a lot of the detail, such as how the building regulation gateway system will work for both new and refurbished HRBs [high-rise residential buildings],” Baker explains.

He says the Department for Levelling Up, Housing & Communities (DLUHC) will be responsible for establishing most of the secondary legislation, as well as setting up the new Construction Products Regulator, although the BSR will set out the rules around cost recovery from industry.

The new act also gives the BSR statutory powers to set up three formal committees that will help steer its activities. Baker says the interim Industry Competence Committee and interim Residents’ Panel, which are already up and running, will simply transfer into their statutory form. A new Building Advisory Committee will soon join them, providing direction on future standards.

Baker adds: “Those are three statutory committees, written into the legislation, [but] we still have power under the Health and Safety at Work Act to set up other committees or other [regulatory] infrastructure.”

The BSR also becomes the new building control authority. Baker says it will require “much more from the designer, the contractor and the developer, to demonstrate that they have the wherewithal and the systems to build a safe and good-quality building, and they’ll have to demonstrate that to the new regulator before they can do anything”.

As a fledgling organisation, the BSR has reached the end of its “discovery phase”, Baker says. “We’ve done quite a lot of work on establishing who the duty holders or the stakeholders are. There are an awful lot of them, ranging from the planning phase, the design and build, the occupation phase of a building’s lifecycle […] and how we want to engage with them.”

Establishing the BSR itself will continue to be “an iterative process”, Baker says. Secondary legislation will be created in parallel with the BSR building up its resources. “That will require build and test, and working with industry as well over the next six to eight months,” he predicts. “Then we’ll have a much better understanding of which skill sets we’ll need.”

The BSR is already recruiting planning expertise, and will add building control and project management skills, Baker says, plus “people with skills around safety case analysis, risk determination, and a certain amount of fire and rescue skills”.

He adds that the BSR will follow the example of the HSE, which he says has “achieved an awful lot in the workplace through a whole range of engagement with industry [including] inspection, going to site workplaces, taking enforcement action, using enforcement notices, and ultimately prosecuting people and organisations who flagrantly breach the law”.

The BSR’s “multi-tiered” approach will also encompass “providing guidance and working with industry about what good looks like”, working with trade bodies and developing formal standards to “really push home the important messages about risk management” in construction.

“One big strand of my activity over the last 12 months has been engaging with industry [and] stressing to them that this is really coming,” he adds. “Some organisations have really gripped this and have done an awful lot of work on the back of the Grenfell Tower disaster. I’ve been encouraging them to share that.”

The BSR’s overall aim will be “to shift the industry culture” by working with it, Baker emphasises, starting with “the most serious end of the spectrum”. He says contractors must similarly focus on the biggest risks in the buildings they construct, developing “a really clear understanding of what the worst-case scenarios are” in terms of both fire safety and structural integrity.

“The whole principle behind the new regime […] is that it will start at the planning stage and then work its way through to the design, construction and then on to the occupation”

“The whole principle behind the new regime, once it’s fully up and running, is that it will start at the planning stage and then work its way through to the design, construction and then on to the occupation,” Baker says. “There will be quite a lot of engagement with the BSR in advance of the actual construction activity, because nobody wants a surprise at that gateway, and we need to make sure that people are actively thinking about the risks associated with their buildings as early as possible in the process.”

He also warns contractors that they will soon see “a very different approach by building control”, even where a project is not high-rise residential. Building inspectors and building-control firms must all register with the BSR, which will govern the building-control profession. “We’re going to be introducing new standards and operational performance expectations,” Baker says, promising “a significant shift in the oversight, the professionalism in the building-control regime”.

Baker adds that significant change will become obvious from April 2023, when buildings will need to be registered with the BSR and new building-control standards will arrive.

From October 2023, building owners will assume responsibility for fire and safety risks, “and we, as the BSR, will be able to flex our muscles as a regulator in ensuring that building owners actually deliver their responsibilities”. The building gateway system will follow, with the industry “on notice to produce their certificate applications and safety cases”, starting around April 2024.

“As the next 12 months goes by, more and more of the detail of the regime is going to start to come online,” Baker says. He hopes a moment will come “where the industry stands up, very visibly, and accepts that what has gone on can’t go on”.

“A regulator can only do so much,” he adds. “This has got to move from government and the regulator telling industry to do things [to] the industry wanting to do it, and really leading their own communities to do the right thing.”