Industry should back regulated HVOs to fuel low-carbon future 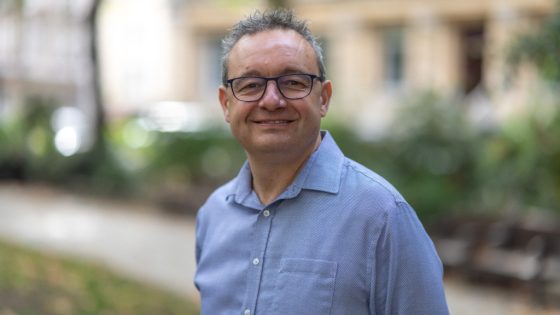 Andrew Mitchell is head of sustainability at Mace

The use of hydrotreated vegetable oil (HVO) in the UK has recently been brought into question, with the Environment Agency currently reviewing its position on the ‘superfuels’.

But what is the reality behind the concerns over HVOs?

It is safe to assume that the catalyst for the Environment Agency’s review is unregulated fuels, which can inflict unintended global consequences. Some non-regulated HVO varieties are made from, or mixed with, oils such as palm oil, which are a major driver of deforestation.

While using unregulated HVOs will reduce pollution at the point of use, they can also be attributed to creating an environmental issue elsewhere in the world. This is why some commentators question whether HVOs are the remedy they initially promised to be.

Thankfully, there are accreditation schemes – such as the International Sustainability and Carbon Certification (ISCC) system – which have been established to give customers peace of mind that their HVO supply is not only sustainable, but also ethical.

HVO is a lower-carbon alternative to diesel, made using vegetable crops (mostly sunflower and rapeseed) or recycled cooking oils. It has been encouraged by the UK government’s Renewable Transport Fuel Obligation (RTFO) for over a decade and is now the leading low-carbon alternative to diesel for transport and plant and machinery. HVO is said to produce up to 90 per cent fewer CO2 emissions compared with regular diesel, according to suppliers’ own tests, and many believe the renewable fuel will be a valuable solution towards the complete decarbonisation of the construction industry.

The government sees HVO as an important factor in its efforts to reach net-zero carbon by 2050 – not only in the transport industry, but also in construction. This was one of the reasons for removing the tax incentive related to red diesel in April 2022.

At Mace, we have been using HVO on our sites for a number of years. In the UK, 51 per cent of our fuel usage is now HVO – a figure we are looking to increase – and we recently completed our first-ever diesel-free, full-scale, new-build project at 78 St James’s Street, London. From this summer, all new Mace sites will be under contractual obligation to use regulated HVO products instead of diesel, unless there is a valid reason why this is not possible. In a further bid to reduce fossil-fuel use, we have also banned diesel generators across the business, as we continue to pilot and embed hybrid, electric and/or hydrogen construction plant.

We share the environmental concerns of unregulated fuels and deforestation, which is why Mace took the decision to use only HVO fuels that hold the ISCC global standard. We have also signed the RTFO.

The ISCC is a globally recognised certification system that covers all sustainable feedstocks, including biomass, biogenic waste, circular materials and renewables. It ensures they are produced in an environmentally, socially and economically sustainable manner. The fuel used by Mace, GreenD+, is mostly produced from food-industry waste and residues from cooking oils, and we are satisfied that its supply is not derived directly from crops.

HVO fuels are still the future

Until the technology for electric and hydrogen solutions is finessed, HVO fuels remain the short- to medium-term future of sustainable construction, and they remain essential to reducing carbon emissions across our sector.

However, it is important that these fuels and other low-carbon alternative solutions are not used at the expense of the natural environment, which is why ensuring the correct certification is vitally important.

Mace is committed to being a responsible business and our contracts stipulate that HVO fuels are to be ISCC-approved – something we ensure our supply chain complies with.