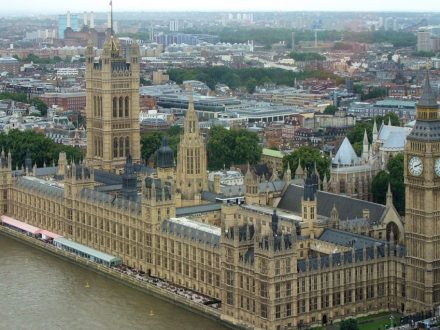 More than £100m was wasted as the government set up and then ran down the sponsor body for the Palace of Westminster refurb, according to the Public Accounts Committee (PAC).

The Restoration and Renewal (R&R) sponsor body was set up in April 2020 to “set the strategic direction” of the renovation works that could cost as much as £22bn. But earlier this year in February the commissions at the Houses of Parliament decided to wrap up the body and take charge of the job in house.

Dithering over the role of the sponsor body wasted at least £100m, according to MP and deputy chair of the Public Accounts Committee (PAC) Geoffrey Clifton-Brown, who said it could have been prevented had the decision been more robust.

In a debate on the restoration project this Thursday, Clifton-Brown acknowledged that the sponsor body “failed in two important areas” – namely to engage enough with MPs and staff over the priorities focusing on the project. He also said it also gave “unacceptably long decant completion times”, which came with increasing costs.

But the decision to wind up the body “baked in certain nugatory and unnecessary costs”, he added.

As well as the £100m to set up and wind down the sponsor body, there was also £80m to establish a temporary chamber for the House of Commons in nearby Richmond House and £20m to install a fire safety system in the cellar which now needs replacing, as plans for the move have been abandoned.

Initial signs that the sponsor body would be shut down also prompted its chief executive Sarah Johnson to announce her resignation in May. Though she cared “deeply” about the work and her staff, she said the job had changed substantially from what she was appointed to do.

The “highly corrosive and damaging” uncertainty surrounding the project also prompted the organisation’s director of communications and business case manager to resign from their posts, according to the clerk of the House of Commons John Benger. Two further junior staff also left their posts.

Benger said at the time that the idea had been to bring the expertise from the sponsor body in house to continue to work.

The scheme to restore and renew the Palace of Westminster has been delayed repeatedly in recent years, with discussions continuing over what the job will entail. It is still unclear whether Lords and MPs will be asked to leave the building while it is being refurnished.

A report by the sponsor body, published in February, estimated that doing the refurbishment without politicians moving out could cost up to £22bn and take 76 years.

Despite the uncertainty, seven firms scored surveying contracts on the site last month. Surveying work is expected to start this month and continue for up to 18 months.