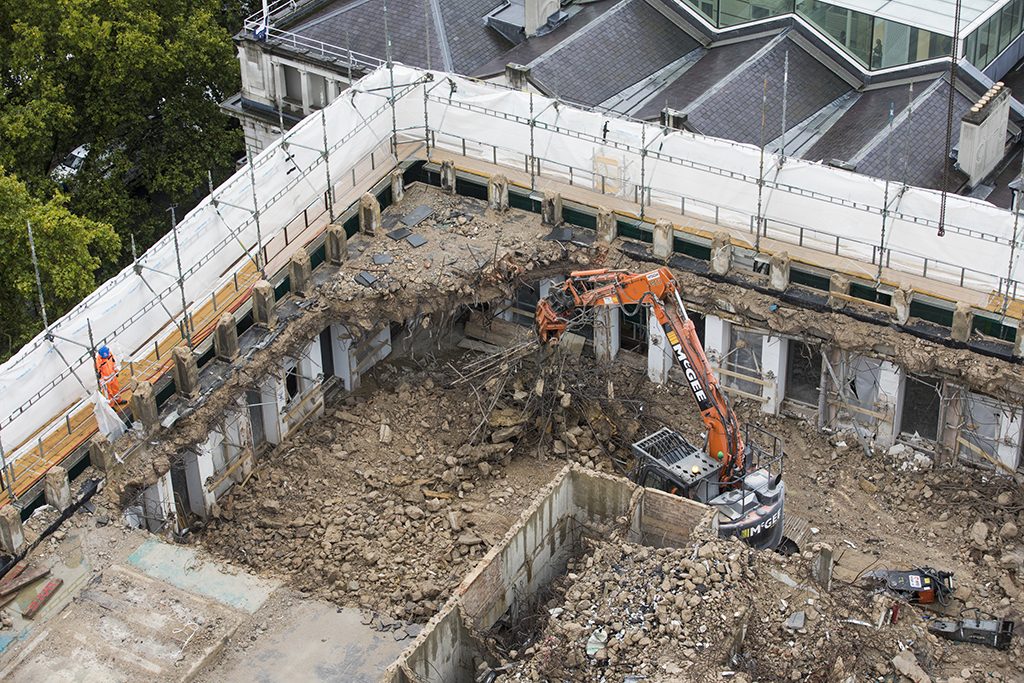 But an expert has warned that issues surrounding noise solutions will continue as work ramps up on the multi-billion-pound project.

Camden Council chief executive Jenny Rowlands viewed the “uninhabitable” sound levels in parts of Camden as a breach of HS2’s undertakings and assurances.

Camden Council, she warned, was prepared to “pursue” HS2 over the situation “if a solution can’t be found”, newly released minutes from the Euston Partnership Board meeting in October 2020 reveal.

Rowlands, who was appointed to the role in 2019, acknowledged that it was “difficult” to discuss and “not a popular topic to bring up”. But she said that 175 families living in four residential blocks near HS2’s Euston construction site were facing an “uninhabitable situation”.

More than 240 noise complaints were made in the six months to October 2020. Council leader Georgia Gould said residents saw it as an “unliveable situation”.

Camden Council, meanwhile, paid for the worst affected tenants to move from their homes permanently.

The revelations come days after HS2 independent construction commissioner Mark Worthington warned that HS2 and its contractors “need to look closely” at how to mitigate the problem of loud noise.

In his most recent report, published this week, Worthington said: “I would like to see much earlier engagement with properties affected to avoid some of the issues which have been encountered earlier in the roll-out.”

The number of complaints surrounding HS2 did fall in the first quarter of this year, but Worthington said he believed 2022 would be a “challenging one, given the volume of construction work”.

“Once again, the main issues [in the three-month period] were those of noise, traffic, lighting and site management,” he said.

A spokesperson for Camden Council declined to comment on whether it actually pursued HS2 for breaching its undertakings and assurances.

But Camden council member for new homes, jobs and communities Danny Beales told CN that the council remains “deeply concerned” about the disruption faced by residents as a result of HS2.

Beales said Camden had permanently relocated a number of tenants closer to the construction site and had increased noise monitoring across the area.

“[We] continue to robustly negotiate with HS2 Ltd for a funding deal to help the remaining residents to move out,” he added. “We are keeping open all options around further escalation of our assurances, dependent on whether a funding deal is agreed.”

In 2014, HS2 released a list of undertakings and assurances, which involved promises to engage with stakeholders at different sites on phase one of the project.

Among the assurances and undertakings is a promise that: “Where noise or vibration from the construction of the proposed scheme exceed […] significant observed adverse effect levels […], noise insulation or temporary rehousing will be offered.

“[That would ensure] noise and vibration from the construction of the proposed scheme does not give rise to significant adverse effects on health and quality of life.”

In total, HS2 identified 1,025 properties in the phase one area that would qualify for noise mitigation as they will be “significantly affected by HS2 construction noise”.

A spokesperson for HS2 said the rail group “will continue” to work with the Department for Transport (DfT) and Camden Council to “try and find solutions that address the issues faced by residents affected by the construction works at Euston”.

“We have a number of measures in place to minimise disruption for residents near our construction sites, including fitting noise insulation in homes, using quieter and less vibratory piling methods, exhaust silencers on excavators and high acoustic barriers around our sites,” they said, adding that they take all complaints “extremely seriously”.