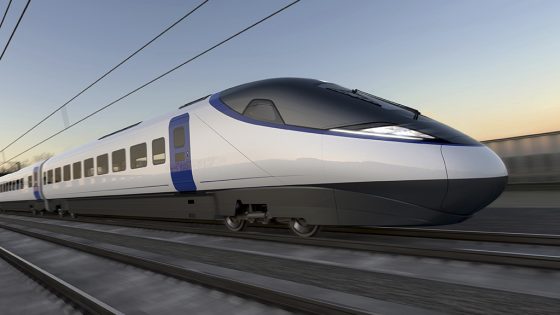 HS2 chief financial officer Michael Bradley has left after being picked up by a huge retail giant.

Bradley, who joined the mega-rail project back in 2018, had been in charge of helping the group’s supply chain to deliver on budget and to schedule.

But a spokesperson for HS2 confirmed to Construction News that Bradley had now left the group, following a notification on Companies House of his exit.

Alan Foster has been appointed as interim chief financial officer, joining in July. He will attend HS2 board meetings and report directly to HS2 chief executive Mark Thurston.

Bradley leaves to join the EG Group, which is run by the billionaire brothers Mohsin and Zuber Issa. The Blackburn-based group owns a multitude of petrol stations in Europe and the US, and turned over $15.2bn (£13.1bn) during the first half of 2022. It also owns supermarket chain Asda.

Previously, Foster had been group CFO of premium listed construction company NMCN and spent over two decades at National Grid in a broad range of finance and commercial leadership roles both in the UK and abroad.

Earlier this year, annual accounts for 2021-22 published by HS2 revealed that a £9.5m provision had been set aside for filing its tax status determination incorrectly under the IR35 rule.

In its report, the company said that workers hired through its suppliers “had not been appropriately reviewed, meaning some had been wrongly assessed”. The oversight means HS2 could potentially have to pay millions of pounds to the taxman.