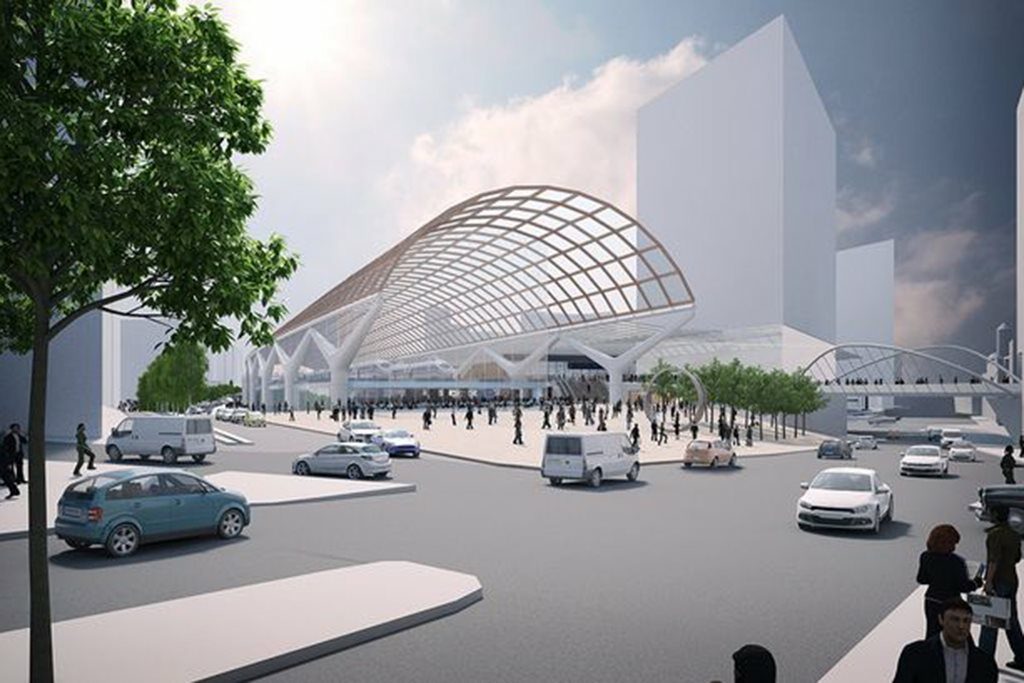 HS2 Ltd has bought a key site needed for the creation of a new high-speed railway station in Manchester.

The project promoter has confirmed that it has reached an agreement with Bruntwood to purchase Square One on Travis Street.

The sale marks HS2 Ltd’s second major property acquisition in the city centre in just over 12 months, following its purchase of the Store Street site in April 2021.

Both sites have been purchased by HS2 Ltd on behalf of the Department for Transport and are pivotal to the creation of the new high-speed station that will be built adjacent to the existing Piccadilly Station.

The station is forecast to open between 2035 and 2040 and includes six platforms at surface level, allowing passengers to access both HS2 and future NPR services. The plans also include provision for a new four-platform Metrolink station beneath the HS2 station.

She added: “HS2’s purchase of Square One is a vote of confidence for investors locally and internationally to leverage the wider regeneration potential of the surrounding area, knowing that Manchester is set to become so brilliantly connected.”

A large proportion of the area surrounding Piccadilly station is underdeveloped, making it a prime location for investment in new commercial space, housing and public realm.

Investment would see businesses, residents and visitors benefit from a 41-minute connection to Birmingham on HS2 (a 46-minute saving), with direct services from London Euston set to more than halve, cutting one hour and 12 minutes off the current fastest journey time.

Bruntwood, who sold the Square One site to HS2, has already set out its ambition to use the proceeds to continue investing in the UK’s regional centres.

He added: “After 15 years under Bruntwood stewardship, we have agreed to the sale of Square One and the land surrounding it to HS2 in advance of a formal compulsory purchase process.

“We will use the proceeds to continue to reinvest into regional cities to drive economic growth and have a positive impact on businesses and communities.”

Early works supporting construction of the new Piccadilly high-speed station are not forecast to commence until at least 2025. HS2 has agreed leasehold terms with Square One’s existing tenants to enable them to remain in situ until the site is required.

In March, Manchester City Council formally challenged the government’s plans for the HS2 western leg, including the design for Manchester Piccadilly station, the location of the Metrolink turnback and the proposed highway access to Manchester Airport station.

The bill for the government’s latest plans for the 85km section from Crewe to Manchester was laid before parliament earlier this year.

If the hybrid bill is given royal assent, construction will begin from 2027, with delivery aimed for the window between 2036 and 2041.

It was introduced after the cancellation of the eastern leg, which the government said would save £18bn, and would run between Birmingham and Leeds. The estimated cost of building the Crewe-Manchester line is between £15bn and £22bn.