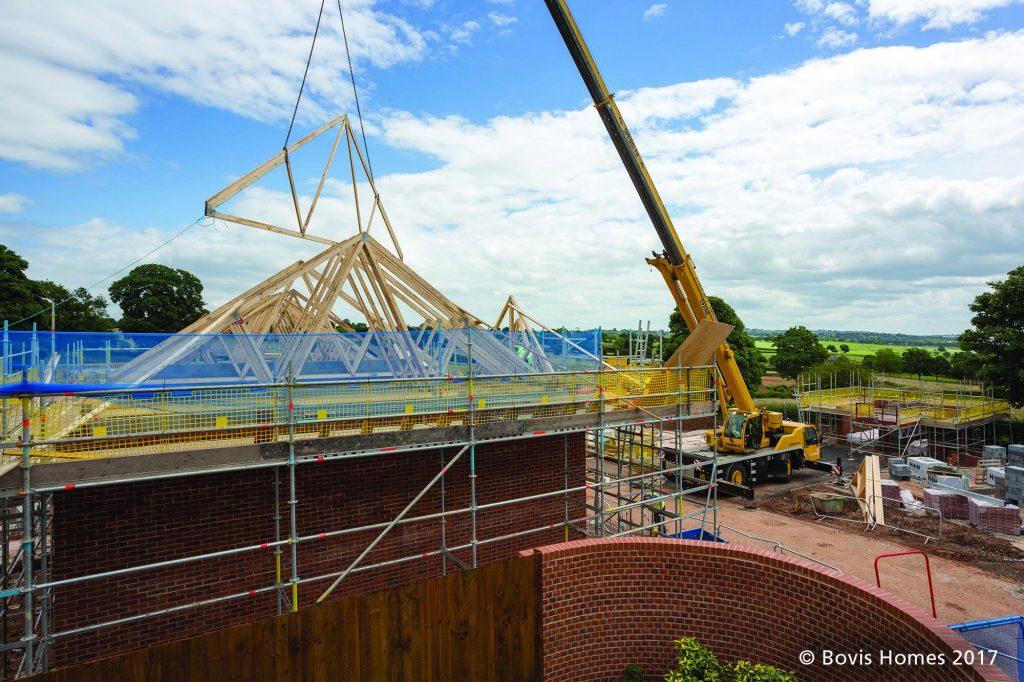 Housing completions have fallen to their lowest level since the first COVID-19 lockdown, while starts are also down, and planning applications and approvals have plummeted, a raft of official data has revealed.

Figures published by the Department for Levelling Up, Housing and Communities (DLUHC) showed that 40,720 new residential units were finished in England in the first quarter of this year.

This was 9 per cent lower than in the same period of 2021, and represented the smallest number of completions since April-June 2020, when the country was gripped by the first wave of the pandemic.

Separate planning data published by the department revealed that the volume of applications submitted to district-level authorities dropped by 12 per cent in a year, to 109,900 in January-March 2022.

Only 96,000 planning decisions were made in the first quarter of this year, with 84,000 schemes receiving consent – in both cases the lowest figures since the pandemic-affected summer of 2020.

Just 85 per cent of major proposals were decided within 13 weeks or an agreed timescale, while only four in five minor schemes were ruled on within the shorter, eight-week timescale or a stipulated period. In both cases these were the joint-lowest proportions of timely verdicts over the last six years.

The South East saw the highest number of housing starts in the first quarter of this year, with 7,770 units getting under way on site, while the North East recorded the lowest at 2,160.

Residential starts were up by 29 per cent in the East Midlands and up by 17 per cent in London, but fell in all other regions. The biggest drop was seen in the East of England.

Completions were 49 per cent lower in London at the start of this year than they were 12 months earlier, with falls in finishes in the South East, the South West, the North East, and Yorkshire and the Humber.

The North West saw the greatest rise in housing completions, with 7 per cent year-on-year growth.

Housing association starts were down by 17 per cent over the year, to 6,810 in the first quarter of 2022, with completions also down by 4 per cent over that timescale, to 7,440.

Clive Docwra, managing director of property and construction consultants McBains, said the government’s target of building 300,000 homes per year by the middle of this decade was likely to be “missed by some way”.

Docwra said today: “The government has diluted plans to reform the planning system in England […] at a time when it’s clear more homes are needed.”

He added: “It’s a worrying sign that the number of housing association completions is already falling, as government policy on extending Right to Buy will likely mean a fall in new stock.”

Responding to the figures, a spokesperson for the Home Builders Federation, said: “Demand for new homes remains extremely strong, but the operating environment for builders is becoming increasingly challenging.

“Whilst output had doubled over recent years, as a direct result of the government’s pro-development approach, we are now seeing a range of policies that are starting to constrain growth and create delays, particularly in the planning process.

“A growing regulatory burden and a lack of clarity from government on key issues threatens to undermine confidence. Not delivering the number of homes the country clearly needs will have significant economic and social implications, and see jobs and investment cut, reduced levels of home ownership and reduced access to decent, affordable housing.”