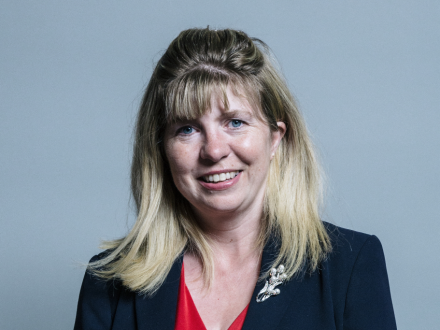 Thirty-four hospital buildings in England have roofs made of concrete that are at risk of collapse, ministers have revealed.

Last year the BBC found that a number of NHS facilities with roofs, floors and walls made from planks of reinforced autoclaved aerated concrete (RAAC) could suffer from structural collapse as the buildings exceeded their expected 30-year lifespans.

The broadcaster also revealed that West Suffolk Hospital had been forced to spend tens of millions of pounds making safe dangerous reinforced concrete planks in its main building.

Construction News reported last year that the hospital, in Bury St Edmonds, had introduced a rolling programme of checks on its planks and carries out immediate remedial mitigation work.

However, fresh concerns about the safety of hospitals have been raised after health minister Maria Caulfield revealed that more than 30 hospital buildings contain RAAC planks.

Responding to a written question from Liberal Democrat MP Daisy Cooper about the number of hospitals in England estimated to be fitted with RAAC, Caulfield said building surveys by the NHS had found that 34 facilities at 16 trusts were affected.

Caulfield insisted those with RAAC planks had employed structural surveys to “assess the condition of the infrastructure” – adding that £110m of ring-fenced funding had been provided to mitigate the “immediate risk”.

They also will receive a further £575m in the current Spending Review period, she said. A government spokesperson added that the level of RAAC “varies considerably” between facilities.

According to the BBC last year, West Suffolk Hospital NHS Foundation Trust carried out a risk assessment saying a plank collapse was “likely” and investigated corporate manslaughter risks relating to this.

It also found NHS England had drawn up a “mass casualty plan” in the event of a structural failure at an eastern England hospital.

The government has already included two hospitals affected by RAAC in its New Hospitals Programme, West Suffolk Hospital and James Paget Hospital, and says it “continue[s] to manage” other hospitals affected by providing “short-term funding to mitigate immediate risks, and replace the affected sites where necessary”.

A Department of Health and Social Care (DHSC) spokesperson said: “We are taking action to improve health infrastructure across the country, and have provided more than £4bn for trusts to support local priorities including to maintain and refurbish their premises, and have set aside over £685m to directly address issues relating to the use of RAAC in the NHS estate.

“By 2030 we will have 40 new hospitals which will provide state-of-the-art facilities to ensure world-class provision of healthcare for NHS patients and staff by replacing outdated infrastructure.”