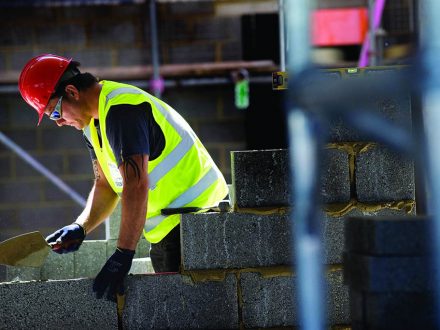 Homes England has published details of 17 separate construction projects that will soon be open for bids.

The housing group’s pipeline, which is worth £364.5m, covers thousands of new homes and a number of school buildings that are to be built across England.

Included in the plan is a £22.5m framework to begin a huge housing development project in Ifield, West Sussex. The government held public-engagement events in January 2020 about the plan, which promises to build 10,000 homes over the next 30 years.

The £22.5m framework covers the first phase of that plan with the development of 3,250 affordable homes on a golf course and surrounding areas near Horsham. Procurement for that project is set to start in September 2023, with a contract expected in January 2024.

Some 6,800 homes are also planned for the garden village of Wynyard, near Hartlepool, in a £45m contract for which Homes England has been consulting with Hartlepool Borough Council to expand a housing plot first developed on in the 1990s. Procurement is set to start in April 2023, with a two-year contract expected in August of that year. The development would make Wynyard Garden Village the largest new settlement in the North East, according to the council.

Details of a new school planned for West Sussex have also emerged via the procurement pipeline. The construction of a primary and special needs school, which will be known as Burgess Hill School, would cost £10m, with procurement expected in June this year and a contract following in September. Around 18 months will be needed to build the school, which will be for children aged between four and 16. The project makes up part of a bumper development. The plan, dubbed Northern Arc, will also include the building of 3,500 homes – 30 per cent of which will be classed as affordable – and three neighbourhood centres. That plan got the go-ahead from Mid Sussex District Council in October 2019.

The development plans were all referenced in Homes England’s strategic plan for 2018-23, which committed to “respond[ing] to the long-term housing challenges facing this country”.

Also included in the strategic plan was a pledge to increase the use of modern methods of construction in housing developments in England, as well as a focus on build-to-rent homes.

The procurement pipeline is accessible here.