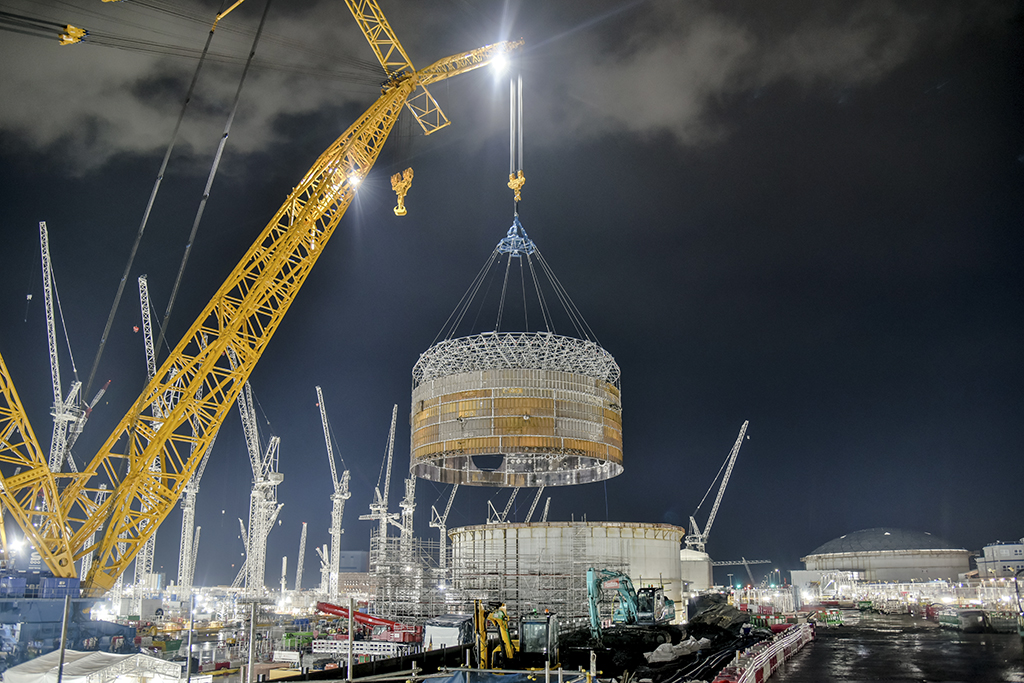 A worker at Hinkley Point C has been seriously injured after his leg was struck by a falling panel.

The incident took place on Saturday.

According to a colleague speaking to the Somerset County Gazette, a wall “came away and landed on top” of the man.

“A steel frame box with legs fell onto his leg, but that probably saved him from being crushed to death.

“All the same, he was in agony and they’re now trying to save his leg in hospital.”

The worker was treated by an on-site paramedic crew who arrived within three minutes, and then taken to hospital for treatment.

A Hinkley Point C spokesperson confirmed the incident had taken place and said a probe has been now launched.

They said: “An investigation into the incident is underway and we will ensure that the findings are used to protect the people who work here.

“The safety of our workforce is of paramount importance, and, alongside our contractor and trades unions partners, we will continue to reinforce and improve our already strong safety record.”

The spokesperson said they were unable to confirm whether the individual was still in hospital.

This is the second incident to have occurred at the site in the last six months. In March, Laing O’Rourke and Bouygues Travaux Publics were told to improve their health and safety procedures at Hinkley after a worker fell from height.

The scaffold worker managed to avoid serious injury, despite falling from a height of about 5 metres on 4 March.