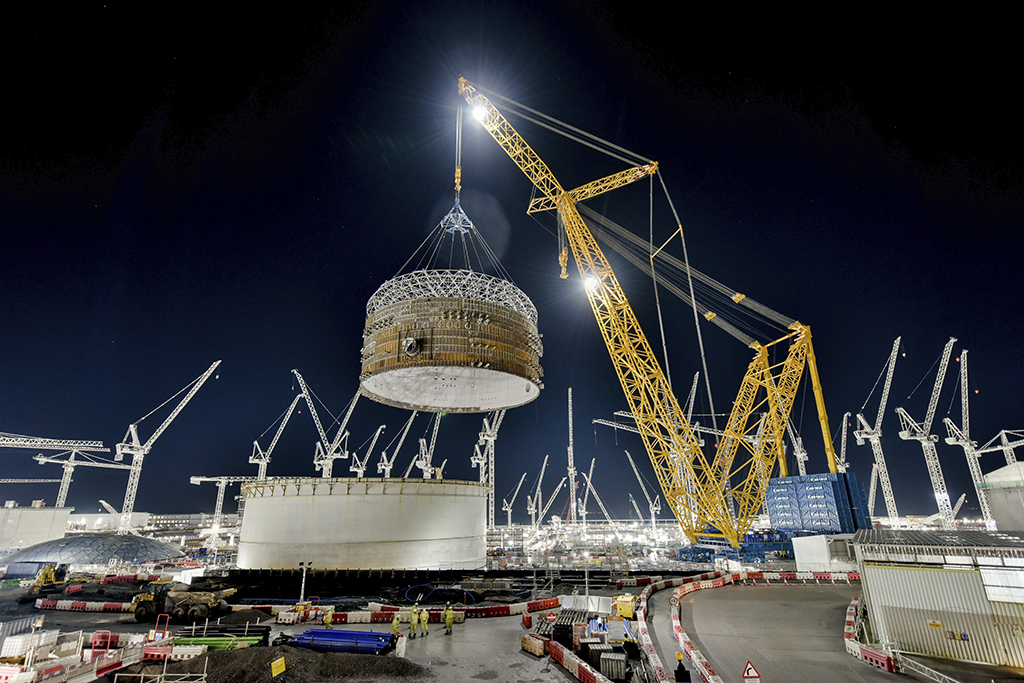 Work at EDF’s Hinkley Point C is due to be back up and running by the end of the week, Construction News understands.

Operations at the £26bn site came to a standstill after a worker died in a traffic incident at 8.30am on Sunday.

Work was paused while police and safety authorities investigated the death of the worker, who was employed by Bylor, a joint venture between Bouygues Travaux Publics and Laing O’Rourke.

The worker was believed to have been injured in an incident involving drive-on construction machinery, an initial police statement said.

In a later statement, a spokesperson for Avon and Somerset Police said that a man in his sixties attended a voluntary interview following the incident, which is not being treated as suspicious.

They added: “Officers continue to liaise with the Office for Nuclear Regulation and enquiries into the man’s death, which isn’t currently being treated as suspicious, are ongoing.

“Our thoughts remain with the man’s family at this sad time.”

The fatal incident this week was the first since work began in early 2017. However, the megaproject – one of Europe’s biggest construction jobs with around 8,500 workers on site – has been served health and safety improvement notices and seen a series of non-fatal injuries during the period.

Data obtained by CN under the Freedom of Information Act shows that, between 1 March 2017 and 26 September 2022, 86 non-fatal injuries were reported to the Office for Nuclear Regulation (ONR), which regulates the UK nuclear industry.

At least two of the incidents took place earlier this year. In March, a scaffolder avoided serious injury despite falling from a height of almost five metres. Laing O’Rourke and Bouygues Travaux Publics were both served improvement notices by the ONR following the near-miss.

More recently, in August, another worker’s leg was crushed by a falling steel-frame box. After the incident, a Hinkley Point C spokesperson said: “The safety of our workforce is of paramount importance, and, alongside our contractor and trades union partners, we will continue to reinforce and improve our already strong safety record.”

The Health and Safety Executive and the ONR have been approached for comment on the investigation into the latest incident.