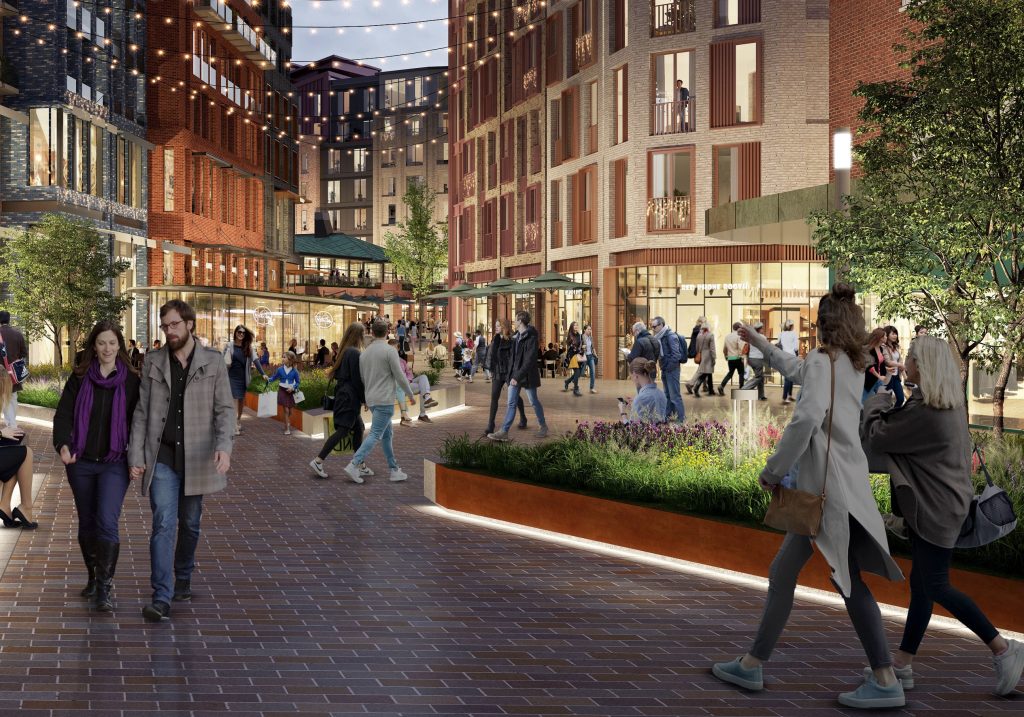 The project covers the regeneration of 70,000 square metres in the city centre, and will deliver up to 1,300 new homes, 50 new retail units, plus hospitality and healthcare facilities. Hotels and restaurants are also outlined in the plans.

Coventry City Council granted outline planning permission for the project, known as City Centre South, in January. Detailed planning applications for the project are expected in the coming months, with construction work set to start next summer.

The site is located five minutes away from Coventry train station.

Shearer Property Group is partnering Hill as co-developer, while architect Chapman Taylor designed the project. Allies & Morrison is responsible for the landscaping design on the project.

Hill Group chief executive Andy Hill said: “Our experience in urban regeneration and expansion will enable us to provide an inspirational destination that appeals to residents and visitors alike.

“From my first visit, I was overwhelmed with the ambitions for this city, and excited by the prospect of delivering the missing ingredient – new, high-quality homes that bring living back into the heart of Coventry,” he added.

“We’ve earmarked more than £98m for the City Centre South regeneration scheme, which I’m delighted to see is progressing with today’s announcement of a development and funding partner.

“With major redevelopment schemes like City Centre South coming to fruition, Coventry has a bright future ahead.”

The Coventry scheme is the latest substantial regeneration that Hill has scored work on. Last April, it was picked to lead the first phase of a £500m residential and life science scheme in Oxford.