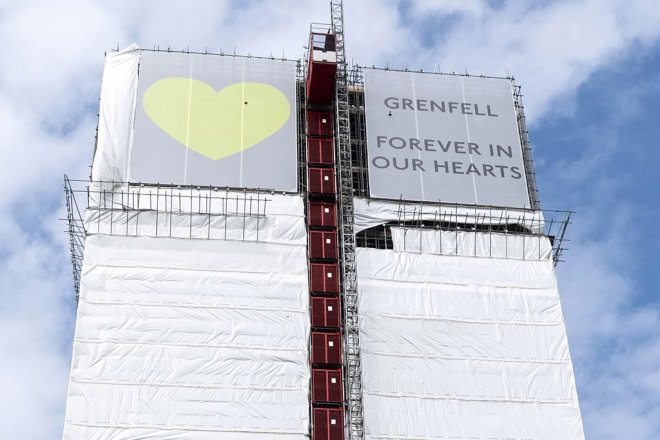 Lawyers representing the bereaved at the Grenfell Tower Inquiry have said that testing and certifying bodies failed to stand up to manufacturers of dangerous cladding before the 2017 tragedy.

Danny Friedman KC, speaking on behalf of the Bereaved, Survivors and Residents team, said that the three manufacturers accused of placing dangerous material on the tower – Kingspan, Arconic and Celotex – had tried to “game the system” by “placing unsafe products in the market”.

Branding the firms’ operations as “shameless” and “successful”, as he made a final statement to the inquiry, Friedman claimed that fire-safety testing and certification bodies Better Regulation Executive (BRE), British Board of Agrément (BBA) and Local Authority Building Control (LABC) had enabled the companies’ practices.

“The story there is,” he said, “that the testing and certifying bodies the BRE, the BBA and the LABC were at best asleep at the wheel in engaging with these manufacturers, and at worst positively collusive with them in their sales tactics.”

The counsel explained that his clients, who were bereaved following the June 2017 west London tower-block disaster, in which 72 people died, were offended by stances taken by the firms since.

“Celotex claimed to have cleaned up their act, Arconic do not even pretend to have done so and Kingspan still assert that their products are safe on high-rise buildings,” he said.

Whitehall was also criticised for its apparent failure to step in against market forces. Friedman said that the “ministries of everyday life”, such as those overseeing housing and building, had seen cuts to their numbers of civil servants and a diminishing of ministerial responsibility.

As a result, he said, the government’s failure to adequately regulate the industry prior to the disaster had allowed malpractices to flourish in the market.

“That is the paradox of the free market. When the state leaves a governance vacuum, other powerful organisations and actors will seek to take advantage and usually for their own benefit, rather than the public good,” he said.

Statements from the cladding suppliers on several of the above issues have been made previously, including in September 2021. At the time, responding to criticism from contractor Rydon, Celotex said there was no evidence to prove it misled the construction industry. Kingspan said it had correctly explained that its K15 insulation could only be used on projects like Grenfell Tower if additional tests were undertaken, with decisions on its use a matter for others. And Arconic said its products, which could have been safe, were combined with unsafe components at Grenfell.

The inquiry continues, with further closing statements set to be delivered this week.