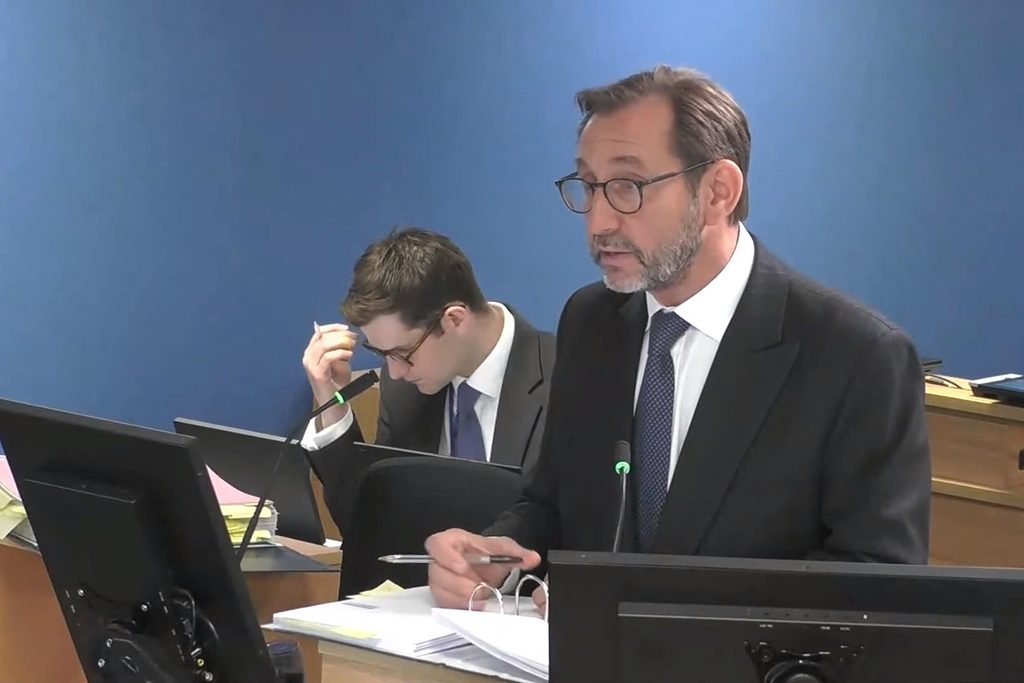 The Department for Levelling Up, Housing and Communities (DLUHC) this morning apologised for failing to realise that the regulatory system in place at the time of the Grenfell Tower fire was “broken”.

As part of final statements made to the Grenfell Tower Inquiry this morning, the housing department’s lawyer, Jason Beer KC, said: “The department recognises that it failed to appreciate that it held an important stewardship role over the [building safety] regime and that, as a result, it failed to grasp the opportunities to assess whether the system was working as intended.”

He told the inquiry that DLUHC’s apology was made without any qualification.

“For the department’s failure to realise that the regulatory system was broken, and it might lead to a catastrophe such as this, the department is truly sorry and apologises unreservedly,” he said.

Since the 2017 fire, Beer said that the department had sought to make changes and had “not stood by idly”.

“The Fire Safety Act 2021 and the Building Safety Act 2022 bring about lasting changes to overhaul a regulatory system that has been shown to be unfit for purpose,” he said, highlighting the policy-level legislation brought in.

DLUHC was ready to do more, where needed, its lawyer said, adding: “The department hopes that its sincere commitment to ensuring that such a catastrophe cannot happen again gives some small measure of comfort to all those affected.”

The apology from the government came a day after the Royal Borough of Kensington and Chelsea also apologised for a series of property deals it made before the London fire that put commercial interests before the residents of its borough.

Meanwhile, final statements made by many of the private companies involved – ranging from fire-safety firms, to cladding manufacturers and insulation suppliers – were characterised as blame-shifting by counsel to the inquiry Richard Millett KC.

In a statement to the inquiry, he likened the firms’ posture as a “merry-go-round of buck-passing”.

Millett noted that in the three-and-a-half days of closing statements, admissions of responsibility had been “rare”.

“A tragedy of these dimensions ought to have provoked a strong sense of public responsibility,” he said.

“Instead, many, but not all, core participants have used the inquiry to position themselves for any legal proceedings which might or might not follow, in order to minimise their own exposure to legal liability.”

The inquiry is ongoing.