Green light given to 1,500-home job at London brownfield site 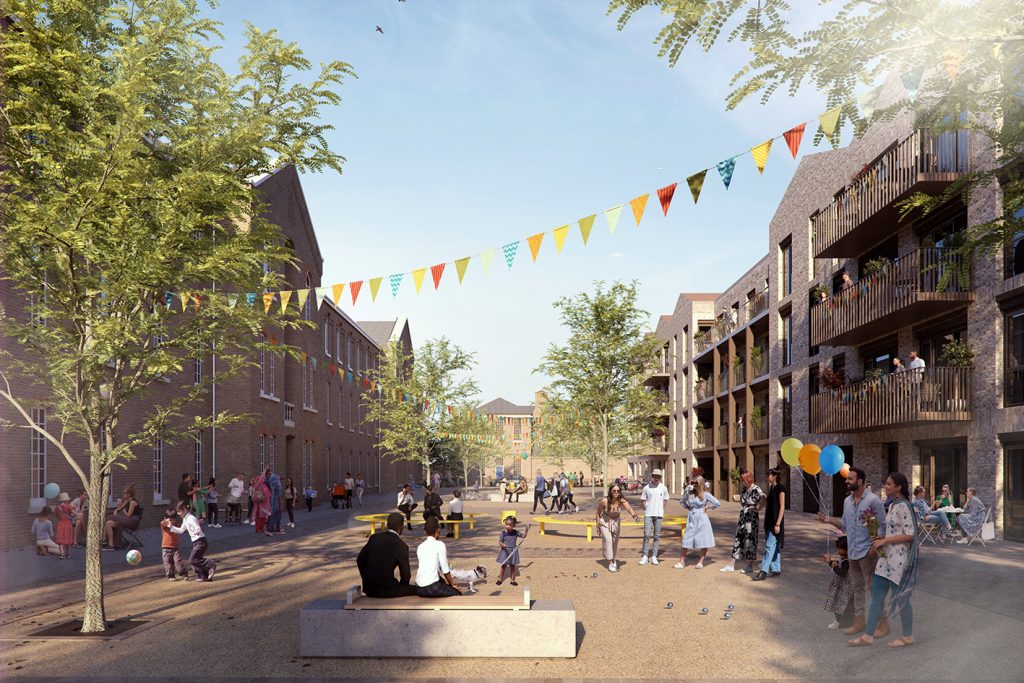 A job to develop more than 1,500 homes on a former military barracks in London has been given the go-ahead.

The plans to redevelop the 37 acre site in Hounslow also include 2,700 square metres of commercial space. A mixture of shops, cafes, workspaces and community hubs is planned for that part of the site.

Of the 1,525 homes, 35 per cent will be affordable. Developer Inland Homes said the site, known as Cavalry Barracks, is “one of the largest remaining undeveloped brownfield sites” in London.

Fourteen Grade II listed buildings will be refurbished as part of the job, as well as nine locally listed buildings. The site has been a military base since 1793, when it was established to guard against the threat of invasion from Napoleon.

In addition, the former parade ground at Cavalry Barracks will be made into a new public park.

The planning application approved by the London Borough of Hounslow last week was in its third iteration, with the first version sent in in April 2021. The number of proposed homes was reduced from 1,900 to the present 1,525.

“We are delighted to have received a resolution to grant planning permission on behalf of the project investor to secure additional new housing for Hounslow, in a way that celebrates the site’s rich history and builds on its legacy for the whole community benefit,” he added.

TP Bennett principal director Chris Wieszczycki said the design was for a “sustainable, biodiverse neighbourhood, grounded in the rich heritage of this ex-military site”.

Last week developer Platform put forward plans to develop 1,350 build-to-rent apartments and 200,000 square feet of commercial space on a brownfield site in Leeds, which has been out of use for more than a decade.

In July a partnership between Network Rail and Homes England launched its search for a developer to revive the largest city centre brownfield site in the UK, in York.

The plan is to develop more than 1 million square feet of commercial space and 2,500 residential units at the site.