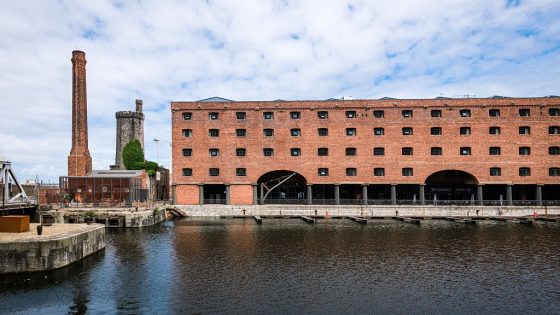 A scheme to build a 4,400 square foot restaurant at Liverpool’s Stanley Dock has received the go-ahead.

The renovation job has a gross development value of £120m. The developer declined to provide a contract value to Construction News, and was unable to confirm whether a main contractor had been appointed.

Once complete, the Pump House restaurant will seat up to 200 guests. Liverpool City Council approved the project last week.

The main dining space in the boiler room will incorporate a contemporary glazed extension, creating a glass-walled dining space with an 18.5-feet-high glass ceiling that will overlook the dock.

Designs for the new restaurant in the Pumphouse were devised by architectural practice Darmody Architecture.

The job is part of a substantial revamp of the Stanley Docks area, which is set to cost £250m in total. The developer has already completed a renovation of the Tobacco Warehouse, creating a 14-storey luxury apartment block on the site of the former factory.

Stanley Dock Properties director Pat Power said: “This will be a major restoration project, as the Pumphouse is in need of a new roof and other structural interventions in order to return it to beneficial use.”

Power added that the start date for construction work and the building’s anticipated opening would be announced in due course.

In recent times, the city’s docks have been the site of a major transformation, with the value of projects totalling about £5bn.

In April, Laing O’Rourke scooped the £505m contract to build Everton’s stadium, which will have a capacity of 52,888.