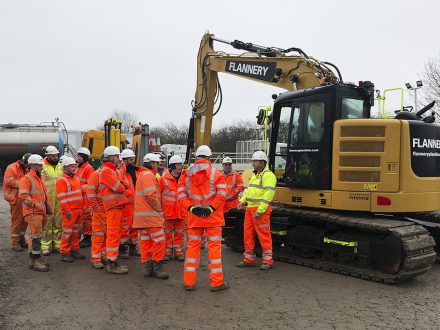 A job to dual part of the A47 in Norfolk has received the go-ahead.

The news about the A47 dualling job, between Norwich and Acle, comes more than a decade after the project was dropped by the government due to a lack of available funding.

The dualling of the 4km stretch of motorway will now go ahead after transport secretary Grant Shapps gave his approval. That follows recommendations by the Planning Inspectorate for it to go ahead.

The role is one of two on the A47 that were awarded to Galliford Try in 2019, to the tune of more than £100m. Work is scheduled to begin this year, with the opening date for the newly-dualled carriageway set for the summer of 2024.

Shapps also pushed ahead with returning another part of the motorway, between Blofield and North Burlingham, to a single-lane highway, some improvements at Yarmouth Road Junction and a new overbridge at Blofield.

The improvement work is set to reduce congestion on part of the A47, which has one of the highest-recorded accident rates for A-roads in the UK. A study by the client on the job, National Highways, found the dualling should prevent about 190 accidents on the section over the next 60 years, including 29 accidents involving serious or fatal injuries.

The job is one of six in the works on the A47, covering a 115-mile stretch between Peterborough and Great Yarmouth.

“Getting the green light for this project means we reach the next stage in our commitment to improving the A47 corridor, with six major projects worth almost half a billion pounds of investment.”

The announcement comes days after Galliford Try secured a spot on a £1bn highways framework covering more than 30 local councils in England. Balfour Beatty, John Sisk & Son and Eurovia Infrastructure were also named on the framework.