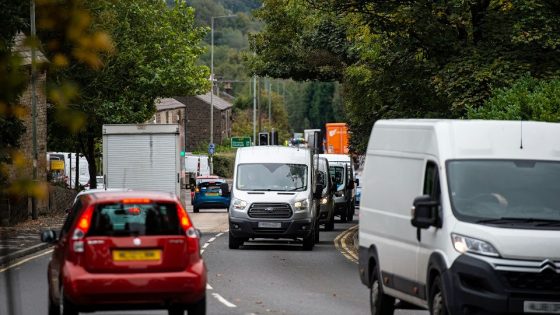 Balfour Beatty is set to begin construction work in the spring on two new roads bypassing the A57 near Manchester, after the government gave the project the thumbs up.

Balfour was awarded a £108m contract in 2020 to build the roads, which are intended to ease congestion on the route between Manchester and Sheffield.

Following a recommendation from the Planning Inspectorate, transport minister Huw Merriman has approved the project, which will involve the creation of two roads near the village of Mottram.

At the time that the contract was awarded, Balfour Beatty said it would employ a workforce of 200 at peak construction, of which 10 per cent would be graduates or apprentices.

Stewart Jones, National Highways’ delivery director for major projects in the North West, said: “This news is a real landmark – not least for everyone living alongside the existing A57 who has had to put up with rising congestion, road noise, pollution and disrupted local journeys over the years, as vehicle numbers have risen.

“The project will also provide relief for the thousands of commuters, hauliers and other drivers who rely on the vitally important Manchester to Sheffield route every day, and we’re looking forward to the spring when we can start building.”