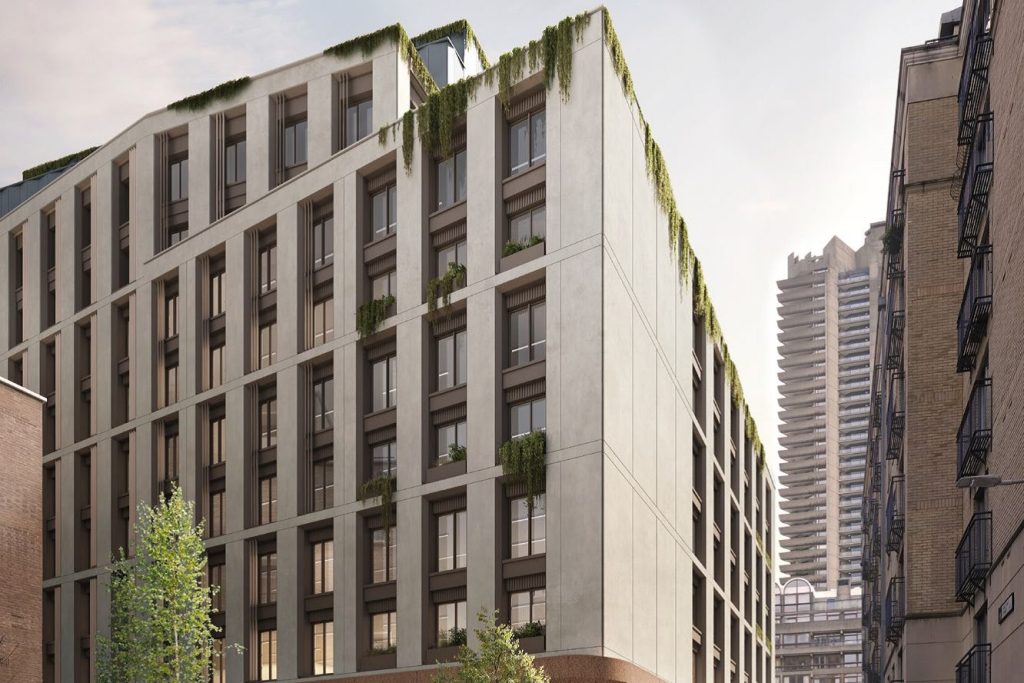 Real estate investor Castleforge has secured planning permission for a rooftop extension to a Grade II-listed office block in the Square Mile.

The City of London Corporation’s planning and transportation committee approved the refurbishment and extension of Cripplegate House at 1 Golden Lane.

The scheme will add almost 2,500 square metres to the existing building, which will become up to 13 metres taller in places. After the works, the building will feature in excess of 15,400 square metres of Grade A office space, as well as community and cultural facilities.

Opened in 1896, Cripplegate House has been reimagined several times before being vacated in 2020 by banking giant UBS.

Sitting on the northern edge of the City of London, close to the Barbican Centre, the refurbished building will form part of a so-called Culture Mile, featuring community space and public artwork at ground level.

The planning application received a number of objections, including from the Barbican Association, which complained about the impact of light on nearby residents.

Castleforge worked with architects HawkinsBrown and cost consultancy Gardiner & Theobald on the scheme. The overhauled building has been designed to meet BREEAM Outstanding sustainability criteria, and includes more than 220 cycle-parking spaces.

Castleforge development manager Oliver Vickerage said: “Our ambition for 1 Golden Lane is to create 15,400 square metres of highly sustainable, modern office space, aligned with the strategic aims of the City of London Corporation.

“It is fantastic to achieve this milestone after 15 months of development. It enables us to progress into delivering a scheme of which we are extremely proud, driving forwards a net-zero retrofit with exciting pioneering opportunities, such as the reuse of steel reclaimed from site.”

A contractor has yet to be named on the project.