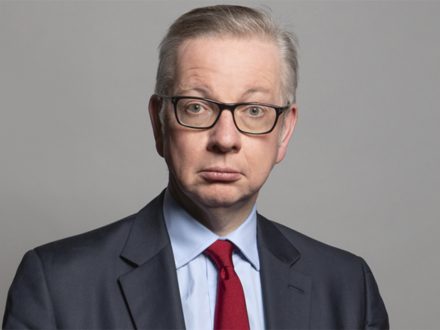 Developers have warned ministers that introducing an infrastructure levy could lead to fewer affordable homes being built rather than more.

Levelling-up secretary Michael Gove is set to announce plans for a new development tax next month, according to a report in the Telegraph.

The move follows a proposal in the government’s 2020 Planning for the Future white paper to scrap existing council-set obligations with a “nationally set, value-based flat-rate charge”.

The white paper said the levy would raise “more revenue” and deliver “at least as much on-site affordable housing” as the current system of developer contributions through Section 106 agreements and the Community Infrastructure Levy (CIL).

But the Home Builders Federation (HBF) said a flat-rate levy would make many schemes unviable and slash the amount of cash available for the building of affordable housing.

The federation told the government in response to its white paper that project viability varied by type of site and in different market areas. As such, any single tariff-based infrastructure charge “must reflect local circumstances and be set at a local level”, it said.

An HBF spokesman said this week: “Imposing a further levy on housebuilders, who are already in effect paying twice, will have clear implications for site viability and the provision of affordable housing.

“Via the cross-funding model, housebuilders have overtaken government as the provider of the majority of affordable housing alongside paying billions annually to fund infrastructure and utility improvements. A further levy, added to the growing regulatory burden being imposed on new home developments, seriously threatens to kill the golden goose by making sites unviable and reducing the money available to fund such benefits.”

The British Property Federation also said there was a risk that the levy might reduce development viability.

“The most challenging places suffer first, and, against a backdrop of levelling up, that isn’t helpful,” said director of policy Ian Fletcher.

He added that while a lack of industry engagement over the levy had been “frustrating”, this had picked up in recent weeks with the clear indication that the proposal was going to be taken forward.

“The more time goes on, the more the levy resembles something a bit like the CIL,” he said. “It seems it is going to be something levied locally and will have different rates for different asset classes.

“This is positive – I couldn’t see how a national levy could work given the different economics and circumstances around the country.”

Fletcher called for further detail on how the scheme would operate in practice.

“A big concern for us is how a single levy will be split out,” he said. “Everyone wants more affordable housing, but to make good communities you also need new healthcare facilities, schools and roads.

“One of the things proposed was for the levy to be collected at the end of the process but for our members it’s important to put in infrastructure at the start of a development. Local governments would have to bridge the gap and that means borrowing.

“Another challenging aspect is [the process of] valuing what is built. A home may have a sale price, but how about a build-to-rent block or student accommodation?”

Section 106 of the Planning Act 1990 currently allows planning authorities to agree certain contributions from developers to local communities where these would make a scheme acceptable. Contributions may also be sought through the CIL, which councils can charge on certain developments.

JMW Solicitors real-estate-finance solicitor Joe Jarvis insisted that replacing these schemes with a flat-rate tax could bring some positives for developers.

“At the moment, Section 106 agreements burden developers with obligations that need to be fulfilled by lenders and successors in title which, from a real-estate-finance perspective, means spending extra hours and cost on the legal side in reviewing and understanding the implications,” he said. “If the developer simply pays the local authority the new levy at the start, instead of fulfilling ongoing obligations, then this should free them up.”

However, Jarvis added: “I cannot see any proposals as to how the new levy will work and it remains to be seen how this will play out in practice.”

The Department for Levelling Up, Housing and Communities has been contacted for comment.

Gove’s department last week revealed plans to raise a further £3bn from developers over the next decade through an extension of the Building Safety Levy on new residential buildings in England.