Galliford Try profits drop by half 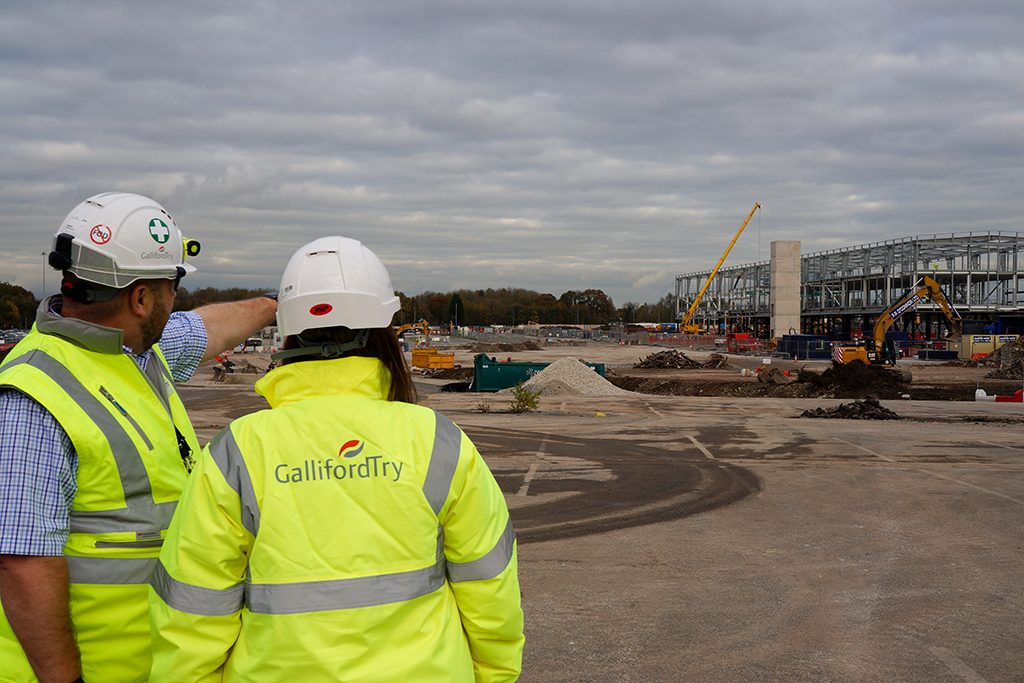 Profits at Galliford Try have reduced by more than half.

The contractor recorded a pre-tax profit of £5.4m for the year ending 30 June 2022, down from £11.4m for the previous comparable period – marking a 53 per cent decrease. However, the group boosted its divisional operating margin to 2.4 per cent, up from 2 per cent in 2021, and has announced the launch of a £15m share buyback programme after its average month-end cash increased to £174m – up £10m on 2021’s accounts.

Falling profit was put down to the group’s purchase of new IT infrastructure and the acquisition of NMCN’s water business, which it bought in October 2021. In total, the Uxbridge-headquartered contractor’s accounts were hit by one-off outlays totalling £13.7m for the year end 30 June 2022. In contrast, there were no exceptional items for the company in 2021.

Of the £13.7m total, £7.7m related to the acquisition, but Galliford Try said the purchase had helped to boost the revenue of its infrastructure arm. This rose to £441.9m from £329.2m a year earlier, with the acquisition alone having brought in £74.1m of revenue to the division.

The remaining £6m of the exceptional costs was attributed to the firm’s investment in cloud-based Enterprise Resource Planning (ERP) finance and commercial systems. Galliford Try said this was “scheduled to continue into spring 2023”. It is understood that this expenditure would typically have been capitalised over a series of results, but accounting rule changes mean it has to be stated as an exceptional item.

Putting aside the exceptional costs, the firm recorded £19.1m in pre-tax profit for the period, up 68 per cent from the same spell a year earlier (£11.4m), leading the company’s chief executive Bill Hocking to label the results as a reflection of “another successful year”. The group’s revenue for the period totalled £1.24bn, which marked an approximate 10 per cent increase on last year’s revenue of £1.13bn.

Galliford Try said its increasing turnover reflected “disciplined growth in infrastructure”, with the division being boosted by the AMP7 programme for Northumbrian Water, which has “gathered momentum”. Again, the acquisition of NMCN strengthened its accounts. Pre-exceptional profit for this segment of the business rose to £10.8m from £6m during the previous comparable period, representing a margin of 2.4 per cent, up from 1.8 per cent a year earlier.

Meanwhile, its building arm generated a pre-exceptional £18.9m profit from a revenue of £789.1m for the year end June 2022. This represented a margin of 2.4 per cent, up from 2 per cent during the previous comparable period.

Galliford Try has established targets to hit a 3 per cent margin across both divisions, along with £1.6bn of revenue, in its full-year results to the end of June 2026.

The group explained that the improved profit reflected the “continuing improving performance” of projects that were added to the order book in recent periods in line with its margin improvement targets. Its building division won contracts and positions on frameworks worth over £945m for the year ending June 2022, including a share of the £7bn Department for Education 2021 Construction Framework and the new four-year £1.6bn LHC Public Buildings, Construction and Infrastructure (PB3) framework – in so doing, covering projects across all public sector buildings.

The company also announced that it plans to begin an initial share buyback programme to repurchase up to £15m of ordinary shares of 50p per share. The report said: “The board has reviewed the strong cash performance of the last two financial years and the capital required to support the group’s strategic targets, and considers that this is a prudent level of additional capital to return to shareholders, whilst continuing to prioritise a strong balance sheet and sustainable growth.”

The group reported a “confident outlook” towards the future, with a high-quality £3.4bn order book, up from £3.3bn in from the same period last year, 91 per cent of which is in the public and regulated sectors.