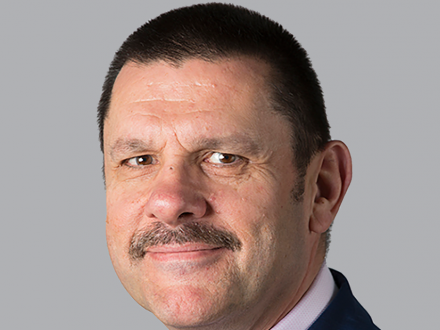 The chief executive of the Financial Reporting Council (FRC) is being tipped to become the new chair of HS2 Ltd.

According to the Financial Times, Sir Jon Thompson is in line to be given the job on a full-time basis, having been acting deputy chair for the past two months.

Before joining the FRC in October 2019, Thompson was chief executive of HM Revenue and Customs for more than three years.

The Department for Transport (DfT) relaunched its search for a chair to head up HS2 Ltd in March, more than a year after Allan Cook handed in his notice.

A DfT spokesperson said the criteria for the role had been “updated to appeal to leaders from a wider field of sectors and backgrounds”.

Earlier this year, Construction News revealed that the DfT had interviewed five candidates from 29 applications received during the initial recruitment drive.

As part of the recruitment rethink, Thompson, who was appointed to HS2 Ltd’s board last April, took on the expanded role of deputy chair. This included chairing HS2 Ltd until a permanent replacement was found.

Cook left the role at the end of July 2021, after stewarding HS2 for two and a half years, which included the independent Oakervee Review and the official notice to proceed.

It had been speculated that ministers might scrap the role of chair for the £100bn project, which comes with a £200,000 salary for three days’ work per week.

The appointment, which was originally advertised in April 2021, is coordinated by the DfT and the Cabinet Office. The specification for the role of chair is described as requiring a “world-class candidate” who could lead the board of a large organisation to grip major programmes. Candidates must also have excellent stakeholder-engagement skills.

According to the Cabinet Office appointment notes, experience in infrastructure, transport and construction is preferred, but individuals from outside the field of construction will also be considered.

HS2 Ltd chief executive Mark Thurston is officially the UK’s highest-paid civil servant, with an annual salary of between £620,000 and £624,999. However, it is Network Rail that dominates the list of the nation’s highest-paid public figures, with 10 of the top 15 working for the rail body.