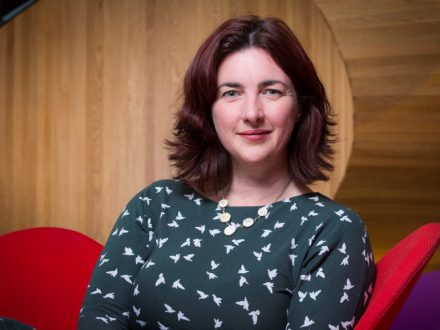 Flexible working can help to tackle the skills gap in construction without having a negative impact on business performance, according to a review of four pilot projects at top firms.

The review, conducted one year after flexible working pilots were introduced at BAM Construct, BAM Nuttall, Skanska UK and Willmott Dixon in June 2021, found that flexi-working had become a “hot topic” in recruitment conversations.

Analysis carried out by flexi-working experts Timewise Foundation and backed by the CITB found that opportunities to work flexibly were now offered by firms from day one, with candidates turning up to interviews with questions about such policies.

Finding creative and flexible ways to work is also becoming a retention tool for existing employees, the review added, which highlighted lower rates of people taking time off for sickness. At BAM Construct, overall sickness absences reduced by one-tenth.

A BAM Construct manager taking part in the study said he would consider dropping to four days a week in the future, instead of retiring, following the trial.

Commercial data from the four firms – dubbed flexible pioneers – showed that business performance had not been dented by the changes. There were no schedule delays or excess costs due to working flexibly, according to the study.

Development director at Timewise Foundation Emma Stewart (pictured) said: “That commercial information was obviously really important, because it just disproves the assumption that it’s a trade-off [that] if you’re flexible working you’ll have to compromise on something – you don’t. It’s actually a win-win.”

The review, however, did present some questions for the industry, raising concerns about the challenges of making flexi-working a reality for those on the frontline, who tend to be subcontractors.

Stewart explained that while it was harder to implement flexible working for subcontractors, it was possible and had been trialled by Skanska. She said options such as staggered work timings, leaving work early after working efficiently, and more task and output-based models where pay was guaranteed were more popular among this group.

Subcontractors may assume they would be paid less if they worked fewer hours, said Stewart, who added that they often felt tension between pay and time. She reiterated that working flexibly was not about working less, but giving workers more input into how they work.

Stewart said: “Flexible working does not mean working less, but working differently. It means giving people some autonomy and control over how they work. That might be more advanced notice on when their schedules are; that might mean being able to flex at the start and the end of the day.”

She added that contractors and clients would need to work out how greater take-up of flexible working will change payment models in the future.

The four firms originally took part in a flexi-working pilot, designed to test various ways of making this work in construction. The pilots ran for 18 months and all of the companies have continued with flexible working practices since they ended.

In March, Kier revealed that job applications in the first quarter of the year had risen by 20 per cent on the previous quarter since it ramped up its family-friendly policies.