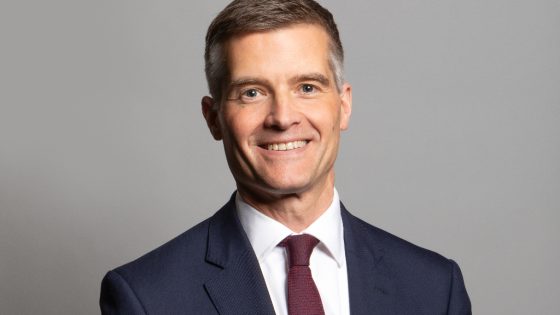 Transport secretary Mark Harper will be hoping it is third time lucky, as he takes on the massive task of keeping High Speed 2 on track.

As David Cameron’s former chief whip, Harper campaigned in vain for the UK to remain in the EU. Under Boris Johnson’s leadership, the backbencher chaired a group of MPs who unsuccessfully demanded an early end to the 2021 COVID-19 lockdown.

Now, just three days into his latest role under new prime minister Rishi Sunak, the Forest of Dean MP has laid bare the scale of the challenges ahead for the rapid rail megaproject.

Here is what we learned.

After the unedifying sight of Crossrail, now known as the Elizabeth line, opening to the public more than three years late, ministers and transport chiefs will be desperate to avoid a similar scenario on the controversial HS2 project.

Harper made much in his update of the progress already made on site – more of this below – but there was no getting away from the fact that the schedule could get tight.

“The forecast for initial services from Birmingham to Old Oak Common remains within the range of 2029 to 2033,” Harper told MPs.

But more than 10 years ahead of this sizeable window slamming shut, the transport secretary added ominously that client body HS2 Ltd was already “reviewing its detailed construction and systems-installation schedules to address some pressures within this range”.

HS2 Ltd is forecasting a chunky £1.9bn of “net additional cost pressures” from its delivery of the first phase of the scheme, linking London to Birmingham, Harper told Parliament this week.

That is up from £1.7bn six months earlier and £1.3bn in October 2021. The pattern is clear and, with more than a decade of work potentially remaining, the scope for the bill to stack up is truly worrying.

While the minister insisted Phase One remained within its “overall budget” of £44.6bn, he conceded that HS2 Ltd had flagged the need for mitigation efforts to avoid overshooting the “target cost” of £40.3bn.

Indeed, the client body has already drawn £1.5bn of its delegated contingency for Phase One, leaving just £4bn to play with.

Productivity problems are among those cited for potential overspends.

While soaring construction costs have been at the heart of many of the industry’s problems in recent months, they are not a straightforward excuse for HS2 bosses.

That’s because the project’s budgets and cost estimates are fixed on 2019 prices and allow for increases in line with inflation.

However, with official figures showing that an average basket of building materials cost almost a fifth more this August than a year earlier, the mammoth scheme can’t completely escape the harsh reality at the merchants’ tills.

Inflation is “creating pressures against existing annual funding settlements, which have been set in cash”, Harper warned. “I am clear that HS2 Ltd and its supply chain must do all that they can to mitigate inflationary pressures.”

It emerged earlier this year that more than £100m had been spent redesigning HS2’s flagship station at Euston to accommodate 10 platforms rather than 11.

Once seen as a major positive of the overall project, regenerating a run-down area of the capital, the job has rapidly turned sour – with years of wrangling leaving it “grossly behind schedule” and its ambitions significantly downgraded.

Now, Harper has revealed that “significant elements” of the design work carried out for the original 11-platform station can “no longer be used” and these historic costs had been designated as “an impairment” in official accounts.

A budget-overspend risk of about £400m remains attributed to Euston, while the threat to costs from Network Rail infrastructure across the north London station and its sibling at Old Oak Common has risen to the region of £300m.

5. It’s getting busy on site

Despite all the problems and challenges, HS2 is very much a live construction project these days with more than 350 active sites.

More than 24 million cubic metres of earth has been moved, the equivalent of some 9,760 Olympic-sized swimming pools. Tunnel-boring machines have created 13.5km of tunnels and a launching gantry has installed the first decks of the Colne Valley Viaduct, which will become the UK’s longest railway bridge.

Some 800,000 trees and shrubs have been planted as part of HS2’s Green Corridor.

As of September, the project was supporting more than 29,000 jobs, with 2,580 businesses working on the rail link.