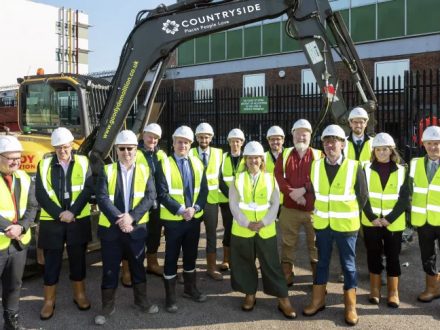 More than £100m worth of fire-safety work has led to Countryside slumping to a £184m loss.

The £109m remediation fund includes monies previously funded by the government’s Building Safety Fund (BSF), from which the contractor had claimed £29.5m.

But it was one of about 45 developers to sign up to housing secretary Michael Gove’s building safety pledge. One of the commitments was that developers would not claim anything from the BSF and would instead fund the remediation of those buildings themselves.

In total, Countryside pinpointed 123 buildings in need of remediation in its portfolio. The firm has spent £150m remediating buildings over the last three years.

“Due to the extent of the remediation works, a new standalone division has been established to manage and deliver the programme,” the accounts state, adding that the work is expected to take about a decade. Setting up the division cost £19m.

Impairments to the company’s intangible assets, totalling £77m, compounded its losses. Most of that was linked to Westleigh, which Countryside bought in 2018. But, in June, company interim group chief executive John Martin admitted the acquisition “had not performed in line with the acquisition case”. In particular, its project margins were very low and schemes that were meant to be finished were “not completed to Countryside’s high standards”.

However, the business said the first half of 2021, to which these results were compared, was “unusually strong”, as more than 1,100 projects that should have been completed in 2020 were deferred until that period due to the coronavirus pandemic.

Looking ahead, the firm is expecting to achieve an adjusted operating profit of £150m in the year to September, thanks to a “very strong pipeline of new sites” and robust demand for mixed-tenure developments. In October 2021, it was named the preferred partner and contractor for a 2,500-house London estate scheme.

Countryside added that it expects to mitigate widespread inflation through unspecified commercial and pricing arrangements.

The search is still on for a new chief executive to replace Iain McPherson, who stepped down in January as the firm revealed a drop in profit.