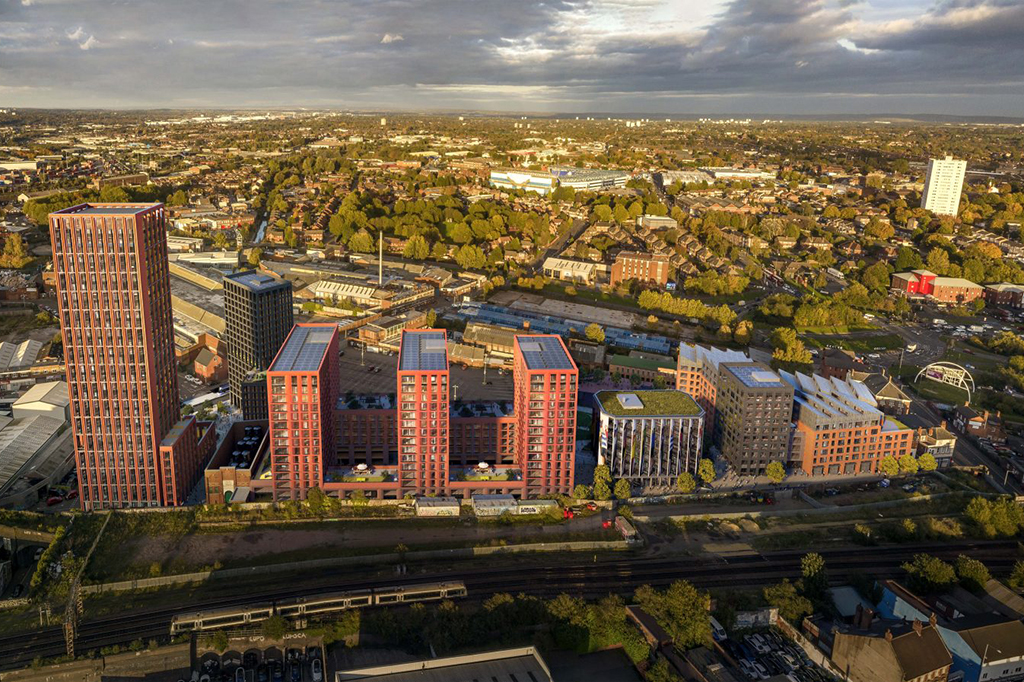 Plans to develop a cultural quarter in Digbeth, Birmingham, have received a boost after developers secured a bridging loan to fund the project.

The £260m job, which involves the development of 943 homes and a 133-bedroom hotel, is being led by Cole Waterhouse, which has clinched the backing of investment group Ingenious Real Estate Finance.

The developer also has plans for 60,000 square feet of flexible commercial space and a new public park as part of the five-acre project, which will be known as Upper Trinity Street.

More than 600 jobs are set to be created during the construction phase, according to Cole Waterhouse. The regeneration scheme got the green light from the local council last July.

Cole Waterhouse chief executive Damian Flood said the developer would be “further engaging with our preferred contractor network” in the next few months.

The first phase, scheduled to begin in the third quarter of 2023, involves the development of most of the housing planned for the site. Work had been expected to start this summer, but Cole Waterhouse did not comment on the delay by the time this article was published.

Digbeth is one of the big growth areas in the West Midlands, with Upper Trinity Street being among several major regeneration projects underway in the area.

Last June, a 1,850-home project was approved by councillors, while a £280m housing-led scheme called The Stone Yard was also given the green light in 2020.