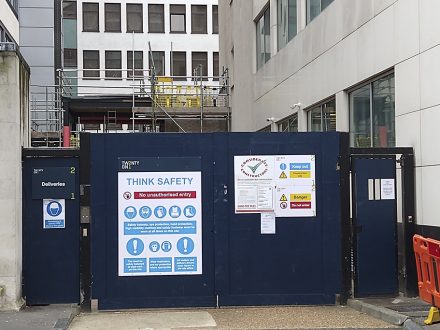 Fit-out specialist Twenty 1 Construction owed £23.2m to more than 600 companies at the time of its collapse.

New documents released by administrator Grant Thornton reveal contractors, plant-hire companies, material providers and architects were among the creditors owed cash when Twenty 1 went bust in March. They are all unsecured creditors, which are owed about £13.3m of the total.

The companies are not expected to receive any money back, according to the document. About £3.3m of the money owed to unsecured creditors is in unpaid retentions.

Former employees of the firm are owed about £178,000 in wages – up to £800 each – in accrued holiday pay and contributions to pension schemes. Some of this total will be funded by Twenty 1’s asset sell-off, but a “significant element” will need to be claimed through the government’s redundancy payment service (RPS).

The RPS’s role is specifically to meet outstanding payments when former employers cannot afford to do so.

It is unclear if secondary preferential creditors, including HMRC, will be paid a dividend to reduce their losses, which total about £9.7m.

The report also reveals further details on the reason for Twenty 1’s collapse, including that the contractor’s profitability and revenue were hit by a slowdown in office fit-out jobs, caused by the coronavirus pandemic.

The company’s recovery after the first waves of the pandemic was then stopped in its tracks by the impact of the Omicron variant of COVID.

Recovering debts from a number of debtors became “increasingly challenging” as time went on, the report continues. “Whilst independent adjudicators were instructed to mediate on the debt, the resulting delays in collecting the cash from these debtors led to significant cashflow issues for the companies.”

Founded in 2012, Twenty 1 Construction completed work in prime London locations, including Aldwych, Grosvenor Street and Farringdon. The firm also fitted out two floors of British Land’s Broadgate Tower, and worked with the likes of Mace and WSP at 110 Bishopsgate in the City of London.