Ex-Interserve subsidiary boss on its past turbulence and new owners 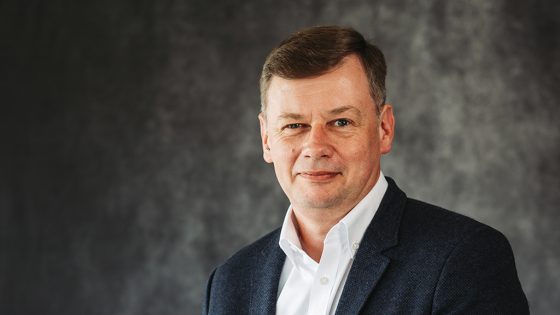 After the turbulence, stability and growth will follow. At least that’s what Mark Pickard hopes. Few businesses will have known as much upheaval in the past few years as RMD Kwikform (RMDK). The engineering services firm was formerly part of Interserve Group, which considered selling it as far back as 2016, but decided against the move after a strategic review. Within three years the performance of both RMDK and its owners had changed so much that it was considered the jewel in the crown of Interserve, whose own heavy losses eventually led it into a pre-pack administration, followed by a lengthy, slow offloading of its assets.

Construction News sat down with Pickard, Altrad RMDK’s UK managing director, to discuss the turbulent period for the firm and where he sees its future.

Not a big bang

Making only a small change to RMDK’s name was a deliberate choice, building on the strength of the brand, Pickard says. He believes the name is something with which a lot of long-standing staff – including himself – have a strong affinity.

He joined the company, which was then GKN Kwikform, at the age of 18. He has stayed with it for 35 years, rising through the finance department and switching to operations before becoming finance director and then, in 2017, MD. His responsibilities focus on its UK business. “I’ve been through a few changes, yes,” he chuckles, reflecting on GKN Kwikform’s 1999 merger with the scaffolding arm of RM Douglas, part of Tilbury Douglas, which soon after became Interserve.

“At RMD Kwikform, we didn’t share the Interserve name; we were proud of our heritage and being RMD, and the drive was always to deliver our services to the best of our ability to our customers without getting distracted by what was going on”

RMDK’s orange branding will gradually be replaced by Altrad’s red and white. “That will change over time, but it’s not a ‘big bang’ – it’s a phased approach, both for practicality and cost implication,” Pickard says. The sentence seems to sum up its new owners’ gently, gently approach to the company, which provides formwork, falsework and groundworks systems around the world. “At the moment it’s still very early days and we’re in the middle of an integration process. That’s about policies, procedures and systems being aligned in this first 12-month period,” he adds.

There are no plans to move the firm’s Walsall head office, and while the senior leadership team above Pickard – including chief executive Ian Hayes – left following the sale, the MD says there are no plans for further redundancies. “If anything, we will be looking to recruit as we grow,” Pickard says, stating that the firm wants to add to its current 230 UK staff. The company, which claims to be the only worldwide provider of above- and below-ground temporary works solutions, employs 1,250 people globally. Projects it has supplied include Tideway, Crossrail and HS2, on which it has a dedicated team.

From uncertainty to acquisition

While integration after a merger can be a time of upheaval, Pickard says the process is going “relatively smoothly” and at a fairly slow pace, which suits a company that has been through such a turbulent recent period. It’s a far cry from the rollercoaster ride experienced as part of Interserve during its final years as a publicly-listed company, when a succession of financial results showing big losses, largely due to loss-making contracts in its construction arm, made for an uneasy atmosphere.

In March 2019, the directors of the heavily indebted company attempted to gain support for a deleveraging plan that would have included a debt-for-equity swap and gained the company an immediate £75m cash injection. But, shareholders rejected the strategy, and Interserve Group was put into a pre-pack administration. Debts of £815m and other liabilities of more than £200m were effectively wiped out by stakeholders in exchange for equity in the new, private company.

Pickard reflects on that time: “It was always in the background, but we were a separate entity. At RMD Kwikform, we didn’t share the Interserve name; we were proud of our heritage and being RMD, and the drive was always to deliver our services to the best of our ability to our customers without getting distracted by what was going on.”

That can’t have been an easy task, given what was taking place. How did he do that? “It’s about management communication, regular updates to the team, and ensuring the focus is there and not getting distracted by what was going on. Because it was in the press, everybody could understand what was going on, so you just had to manage that.”

The situation was made easier by the likely long-term outcome becoming clear relatively quickly. “It was fairly obvious to everyone that the constituent parts of Interserve were going to be sold off or rebranded, or moved on in one format or another, so it was only a matter of time before the RMD group would be sold. It was a question of would we be sold to another private equity or finance house, or would we become part of a larger group?” he says.

Altrad, owner of UK brands that include Altrad Services, and scaffolding firms Trad and Generation, had been rumoured to be interested in purchasing RMDK during the earlier stages of Interserve’s problems. It came back late last year to complete a deal, the value of which has not been disclosed.

“All the latest market forecasts in construction suggest the growth is going to be driven by infrastructure, and we’re ideally placed to maximise that”

The Montpellier-headquartered multinational has recently stepped up its activity, buying firms it views as complementary. RMDK was one of six companies it added to its global portfolio in 2021. This followed several years of other acquisitions, including Cape Industrial Services in 2018. RMDK’s history as part of a larger group meant that after Altrad arrived, the new arrangements quickly felt familiar, Pickard says.

The acquisition also provided some relief from the turmoil. “We were part of Interserve for a long time, and for many, many years they were an excellent parent and invested heavily in RMD,” Pickard says. “But there was that period of uncertainty towards the end, and that uncertainty obviously causes issues. It provided uncertainty in the workforce, so it’s good to move on from that, and have the stability of being part of a group that employs 52,000 people and has got something like 200 businesses across the world.”

Outside of the construction world, Altrad founder and president Mohed Altrad is known for owning Montpellier Hérault rugby union club, and his personal interest has cemented the company’s relationship with the sport. Altrad sponsors the French and New Zealand national teams, as well as Australian league club Western Force.

Asked about his interests away from work, Pickard says: “I’m a family man and also a lifelong Aston Villa supporter. However, given the Altrad acquisition, I’m sure I’ll be taking more of an interest in rugby in future.”

After Interserve’s failed deleveraging plan, RMDK was loaded with about £350m of Interserve Group’s debt. This deficit was wiped after Altrad’s purchase, providing a clean platform for RMDK. Its latest accounts, for the year to 31 December 2020, show a turnover of £32.4m with a pre-tax loss of £56.9m, compared with an £8.4m profit in 2019 on £37.6m of revenue.

Later this year, the company will have new financial targets set, aligning its aims with its new parent. Pickard tells CN that he had been speaking to Altrad managers about finance immediately prior to our interview, and the call was “very much about EBITDA and cash conversion, and going back to the old saying of ‘turnover is vanity and profit is sanity’”.

“The positive news is that at the moment we are making good profit for the financial year 2022,” he says. “Some of the previous numbers were due to the writing off of loans and debt as part of the Interserve situation. The underlying business remains very strong, with good opportunities for the 12 months ahead.”

Growth is very much the strategy. “All the talk has been about how to grow the business and maximise the opportunities ahead of us. We are having some degree of success with HS2 at the moment, and we see that as a major area going forward. Traditionally, RMD has been known for its strength in the infrastructure sector, maybe more than the commercial build area. All the latest market forecasts in construction suggest the growth is going to be driven by infrastructure, and we’re ideally placed to maximise that.”

Asked where he ideally hopes the company will be in five years’ time, he summarises his aims: “To be the market leader, with an element of geographical growth and supported by a buoyant infrastructure sector.”

If Pickard gets his way, it seems there will be plenty for Altrad RMD Kwikform’s staff to read about in the press in future. But, unlike on some occasions in previous years, this time it will be for positive reasons.

In November 2020, RMD Kwikform hit the headlines when its computer systems were subject to a cyber-attack. It was the latest in a string of such incidents to hit construction companies that year.

At the time, the firm said it had informed the Information Commissioner’s Office (ICO) about the incident – a step that is required if it is believed that data may have been compromised.

As noted in RMDK’s latest published accounts, the ICO has the power to issue fines to companies if they have not taken sufficient care over data storage.

Pickard says the company has now been told it will not be the subject of any further action from the watchdog.

“The incident is all closed and there is no further action from the ICO. We reviewed all our systems and protocols [in the aftermath],” he says.

“As part of the Altrad merger, we’ll be moving on to their platforms anyway, so we have a lot of rigour applied to our systems, both as a result of the cyber-attack and also as part of the acquisition.”