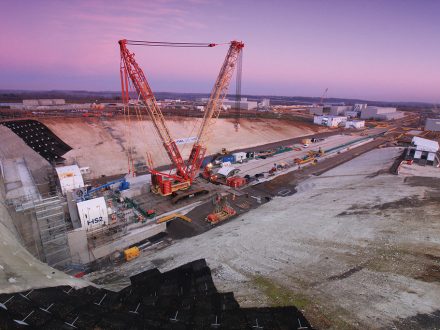 Former employees at the UK subsidiary of Irish contractor Roadbridge have won the right to claim for unpaid wages that could add up to “significant” amounts.

An employment tribunal has ruled that the company failed to comply with the obligations of aspects of employment law, which mandate that employees are properly consulted prior to being made redundant.

The ex-employees launched their legal claim in March, after Roadbridge UK and its Irish parent company appointed administrators, with 300 employees laid off.

In March, Linder Myers Solicitors told Construction News that the ex-employees could be in line for a “significant” payout, guaranteed by the government, if they were able to show they were not properly consulted prior to dismissal.

Tribunal documents include the names of more than 30 former employees who made a claim. They also state that the leading claimant was “one of approximately 300 employees who, on 16 March 2022, were dismissed by reason of redundancy”.

The ruling stated: “The claimants were not consulted with regarding the impending closure of the company […] Prior to the date of the redundancies, the respondent failed to consult about the dismissals [with] appropriate representatives of any of the employees who may be affected by the proposed dismissals.

“There were no special circumstances which would render such consultation not reasonably practicable.”

Roadbridge UK ceased trading on 16 March, following the collapse of its Limerick-based parent company, Roadbridge Ltd. Grant Thornton was appointed to handle the affairs of both companies.

The UK business operated from a headquarters in Welwyn Garden City and it had a number of contracts across the country.

It had been undertaking extensive civils and earthworks packages on HS2 (pictured) for the Align joint venture, which consists of Bouygues, Sir Robert McAlpine and VolkerFitzpatrick.