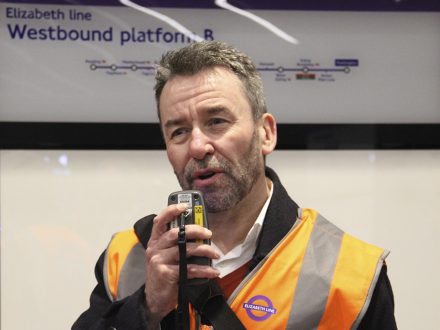 Wild was made chief executive of the rail megaproject in late 2018 amid the fallout from the surprise announcement that the scheme would be delivered “nine months” late and needed an extra £2bn to complete.

Several more delays and cost increases were announced after he took over, with the Elizabeth line eventually opening earlier this year. Bond Street is still not complete, and trains do not run directly all the way across the line.

In an in-depth interview with Construction News in March 2020, Wild – who had previously worked for London Underground and ran Public Transport Victoria in Australia – described the role as the “pinnacle of my career”.

Reflecting on his start, he said: “It was actually very easy [to change things, and become a more open organisation, updating the public in more detail] because confidence was so low in the project. It was such a devastating blow for the city and the country that Crossrail didn’t open. The only way was to be completely transparent and people really welcome that.”

Wild left Transport for London when the Elizabeth line partially opened in June.

This week he started work at SGN which supplies gas in southern England and Scotland. The companies  it owns include Scotia Gas Networks and Southern Gas Networks.

SGN chair Nick Salmon said in a statement that Wild “brings extensive leadership and operational delivery experience” at an important time for the gas firm.