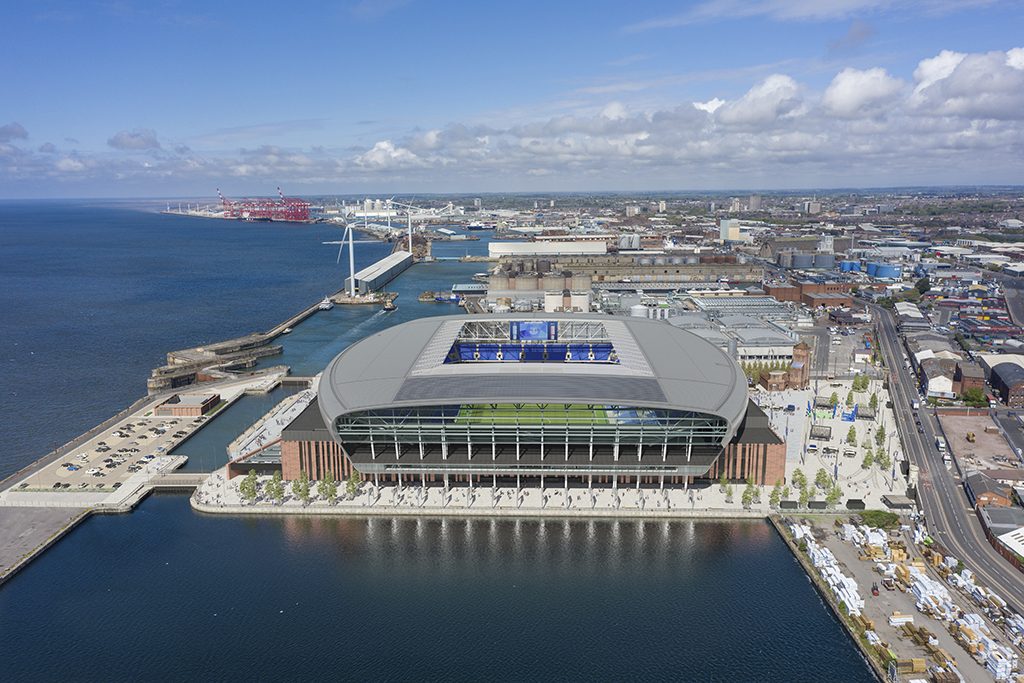 The contractor, which had already worked on the stadium project under a pre-contract services agreement and took on the enabling-works contract in February last year, will now oversee the entire project at Bramley-Moore Dock.

Under the agreement, Laing O’Rourke will deliver a programme of works that includes the completion of any outstanding enabling works for the 52,888-capacity stadium, the full construction of the stadium and public realm, and remedial works to the Grade II-listed Hydraulic Tower, which will be brought back into public use.

Everton chief executive Denise Barrett-Baxendale said: “Our agreement with Laing O’Rourke follows on from last year’s pre-contract services and enabling works agreements, and brings clarity on the overall costs of our new stadium.

“We are now able to lock in construction costs, while also benefitting from Laing O’ Rourke’s economies of scale in what is an ever-fluctuating marketplace.”

Laing O’Rourke began construction of the new stadium in July last year after the football club took possession of the site, which lies within the wider Liverpool Waters regeneration area overseen by developer Peel L&P.

Early works included the repair and preservation of a Grade II-listed dock wall, stabilisation of the hydraulic tower located on the site, preparation for the demolition of existing non-listed structures, and raking of the dock floor. Pipework was also installed to enable the infilling of the dock.

In March, Everton suspended commercial arrangements with the main sponsor of its new stadium after its owner became the subject of sanctions by the European Union over alleged close ties to Russian president Vladimir Putin.

USM Holdings, owned by Alisher Usmanov, secured a £30m option on the naming rights of the £505m Bramley-Moore Dock facility in January 2020, with the club stating at the time that the money would be used towards equity for the project.