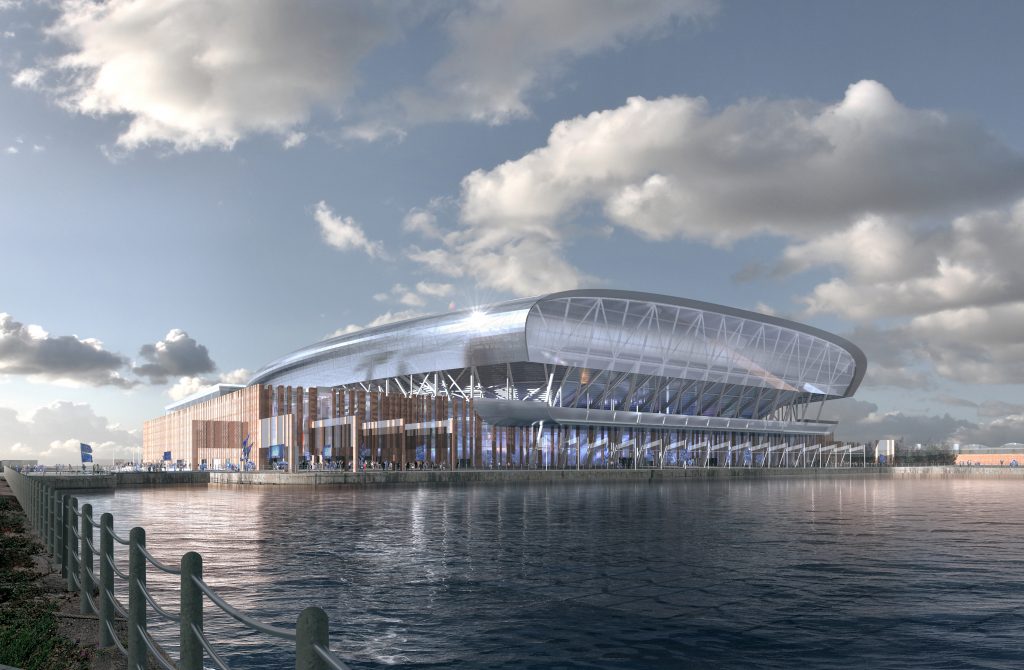 Everton FC has been asked to pay up to £350,000 to cover costs incurred by Liverpool City Council when drawing up a financing plan for the football club’s new stadium in Bramley-Moore Dock.

According to the BBC, the council is requesting that the club pay up to half of the £700,000 spent on the “failed” proposal, which would have seen Liverpool City Council fund the stadium via loans.

The proposals had formed part of former mayor Joe Anderson’s “invest to earn” strategy, with the council exploring financing options for three years between 2016 and 2019.

The initial plan would have seen the council borrow money at a lower interest rate to then lend to Everton, which would have repaid the loan with interest. However, the club opted to take out financing elsewhere to pay for the 52,888-seater stadium.

At a council meeting, Liverpool’s deputy mayor Jane Corbett said that both sides were looking to “resolve this particular issue” in a mutually beneficial settlement.

The £350,000 legal tussle came after Everton dropped a commercial arrangement with the main sponsor of the new stadium due to its links with Russian president Vladimir Putin.

USM Holdings, owned by Alisher Usmanov, secured a £30m option on the naming rights to the £505m Bramley-Moore Dock facility in January 2020, with the club stating at the time that the money would be used as equity for the project.

Contractor Laing O’Rourke was officially appointed to build the stadium earlier this month, having already been contracted to complete enabling works at the site.

Under the agreement, Laing O’Rourke will deliver a programme that includes the completion of any outstanding enabling works, the full construction of the stadium and public realm, and remedial works to the Grade II-listed Hydraulic Tower, which will be brought back into public use.