Entering the eye of the storm: how will construction fare in the recession? 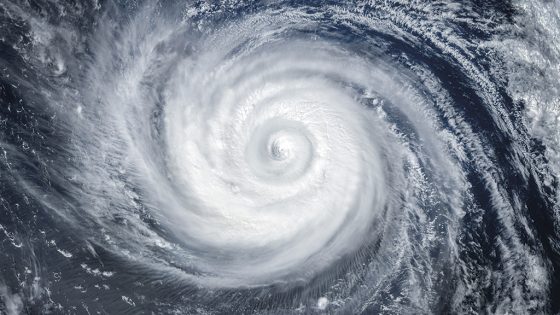 With inflation, skill shortages and energy prices contributing to a rise in administrations, Adam Branson considers the construction industry’s prospects of weathering the winter months

The economic headlines just keep getting worse. In August, the Bank of England forecast that inflation would hit 13.3 per cent in October, up from 9.4 per cent in June – an increase just shy of four percentage points in as many months.

The bank is also predicting a recession, and a long one at that. Last month, it forecast that economic output will fall in the fourth quarter of this year and then decline each quarter through to the end of 2024. That would mark a period as long as the recession that began in April 2008 in the wake of the global financial crisis.

During the 2020 recession, construction performed relatively well because the government allowed work to continue on building sites, in stark contrast to all those shuttered shops, pubs and restaurants. But will the sector get off as lightly this time? Most experts that Construction News spoke to are sceptical.

Privately, senior officials at the Department for Levelling Up, Housing and Communities say they are braced for a wave of insolvencies in the fourth quarter of this year, or possibly the first quarter of 2023. The trend of rising administrations certainly points in that direction.

“For all materials, we’re now looking at 25 per cent year on year. It has to be shouldered by contractors on fixed-price contracts that were signed up to a year ago”

According to figures provided exclusively to CN by Creditsafe, the sector saw 184 administrations in 2021. In the first half of this year, there were 115, compared with just 72 in the first six months of 2021 – a rise just short of 60 per cent (see graph, below).

These are alarming statistics and they need to be put into context. Following the employee- and business-support measures put in place by the government at the start of the pandemic, the number of construction administrations reduced sharply.

In the first quarter of 2020, Creditsafe recorded 90 collapsed businesses – a figure that has come nowhere near to being matched, let alone exceeded, in any quarter since then. The consensus is that many firms that would otherwise have gone to the wall were kept in business by the support packages.

“A lot of people took out all the government bounce-back loans and everything they could, and that’s given them a false sense of security because they’ve had money in the bank,” says Emily Ball, director and insolvency practitioner at Sterling Advisory. “They’ve been in a position where they thought ‘it’s okay, we can pay the bills, we’ve got the money in the bank’, and then slowly those repayments have started to kick in. Initially, these firms didn’t feel the pinch too much because they still had some of the cash left over, but as that pot of cash dwindles to nothing, they then start to feel the pinch.”

Tim Tapper, head of the UK and Europe dispute resolution team at consultancy Turner & Townsend, puts it more bluntly: “Construction is quite easy to get into as an industry and there are a number of poorly run companies. Some of these have been propped up, partly with things like the furlough scheme, but things are starting to get a little bit tougher. I think what’s worrying now is that we’re seeing quite a high peak [of insolvencies], even though we’re not in a recession yet.”

According to Rebecca Larkin, senior economist at the Construction Products Association (CPA), the increase in administrations cannot yet be blamed on falling demand. She points to the latest quarterly data for 2022, which shows output volumes are 2.4 per cent higher than they were in the last quarter of 2019 – the final three-month period before COVID-19 hit the world. In contrast, construction insolvencies, including administrations, are up 35 per cent.

Larkin blames an unholy cocktail of factors, the most prominent being inflation. Over the same period, CPA figures show construction materials and component prices have increased by an eye-watering 42 per cent. In part, that is due to supply-chain issues coming out of the pandemic, but it is also a result of Russia’s aggression in Ukraine.

“We’re finding there do seem to be more delayed payments, because primary contractors are facing the same issues, and also contractual disputes”

The impact of the war is being felt in other ways too, most notably in the surging energy costs around the world. These affect construction material manufacturers and, ultimately, have to be passed on to purchasers. The cost of energy, of course, affects everything and everyone, but the problem is acute for construction as jobs are priced up and contracts agreed often many months before materials are purchased.

“A fixed-price contract will most likely have been signed six, 12 months before, possibly even further back,” says Larkin. “So you’ve got a whole year of price inflation. For all materials, we’re now looking at 25 per cent year on year. It has to be shouldered by contractors on fixed-price contracts that were signed up to a year ago.”

Sterling Advisory’s Ball agrees: “If you’re seeing a 90-120 per cent rise in your supplies, obviously there’s no way you can do that. You can’t pass that increasing cost on, so there’s nowhere to go. You get to a position where you can’t trade profitably anymore and therefore you’re falling over.”

It’s a problem that affects the entire supply chain, but Larkin adds that smaller, more specialist firms tend to fare particularly badly. “Our view is there’s always been these kinds of issues, but they do tend to get pushed down the supply chain,” she says. “It will be more SMEs, more specialist subcontractors [suffering]. Also, larger firms are in a much better position to be able to agree deals with suppliers.”

Companies further down the supply chain also carry more risk when it comes to late payments – and in tough times the instinct of some larger contractors is, unfortunately, to hold on to as much money as possible for as long as possible.

“We’re finding there do seem to be more delayed payments, because primary contractors are facing the same issues, and also contractual disputes,” says Brian Burke, managing director of restructuring and insolvency advisers Quantuma. “That puts a strain on cashflow and, at the same time, you’ve got more money going out because everything costs more.”

Labour-cost inflation, largely driven by Brexit, provides another challenge. Comparing the first quarter of 2022 (the latest available data) to the first three months of 2016 (the period immediately prior to the referendum), the number of EU construction workers in the UK has fallen by 12 per cent, according to the CPA. Breaking down the figures by occupation shows the problem is worse for onsite trades. The number of skilled tradespeople from the EU is down by 25 per cent; there are 34 per cent fewer process, plant and machine operatives; and elementary tradespeople have fallen by 64 per cent in number since 2016.

Of course, there was already a skills shortage in the industry prior to the referendum, but things got worse afterwards.

“It was accelerated by Brexit and then the pandemic,” says Larkin. “Workers who perhaps went back to Eastern Europe at the start of the pandemic haven’t come back. While we do have shortages, obviously that’s reflected in higher labour costs. And, again, those are costs that were not accounted for when contracts were signed.”

Other factors are at play as well. Most prominently, earlier this year, the Building Safety Act was passed and while a huge volume of legal detail is still awaited, it is already clear that it is pushing up costs for construction firms, according to Charis Beverton, partner at law firm Winckworth Sherwood.

The legislation has extended firms’ liability for the projects they work on from six to 30 years – something that has expensive implications for insurance. “That is significant, particularly for smaller contractors,” she says. “Insuring these projects, particularly on a professional indemnity basis, has become more expensive because of this long-term liability.”

The act, combined with the tough economic climate, could also prompt an increase in claims made against consultancies, which otherwise do not carry many of the same risks as contractors.

“I think the risk for consultancies is probably a rise in claims, particularly claims for negligence,” says Turner & Townsend’s Tapper. “It always happens when times are more difficult, particularly for engineers and architects, and some of those claims can be pretty large.”

So, the picture to date is already alarming, but it looks likely that it could get a lot worse. With inflation expected to rise further before it falls, firms with unsecured debt will be hit by rising interest rates. Neither the skills shortage nor the insurance issue are likely to be resolved any time soon either. But perhaps the most concerning development is to be found in the Office for National Statistics’ latest data release, which shows new orders in construction fell in the second quarter of the year. Indeed, order volumes are now lower than the 2019 average.

That is storing up trouble. “Next year, there is a potential switch from supply-side issues to demand-side issues,” says the CPA’s Larkin. “As the cost of living increases, it puts pressures on households and pressures on clients going forward, particularly in sectors that have really driven output growth for the last couple of years, like private housing. Again, it’s a sector where SMEs are most exposed.”

In terms of possible solutions, multiple commentators suggest greater collaboration, both in terms of the supply chain and between the supply chain and clients. If the pain – particularly from material and labour cost inflation – can be shared around more equitably, more firms should survive the storm. That’s the theory. The problem is that the construction industry hasn’t always proved to be willing to act collectively in its own best interests.