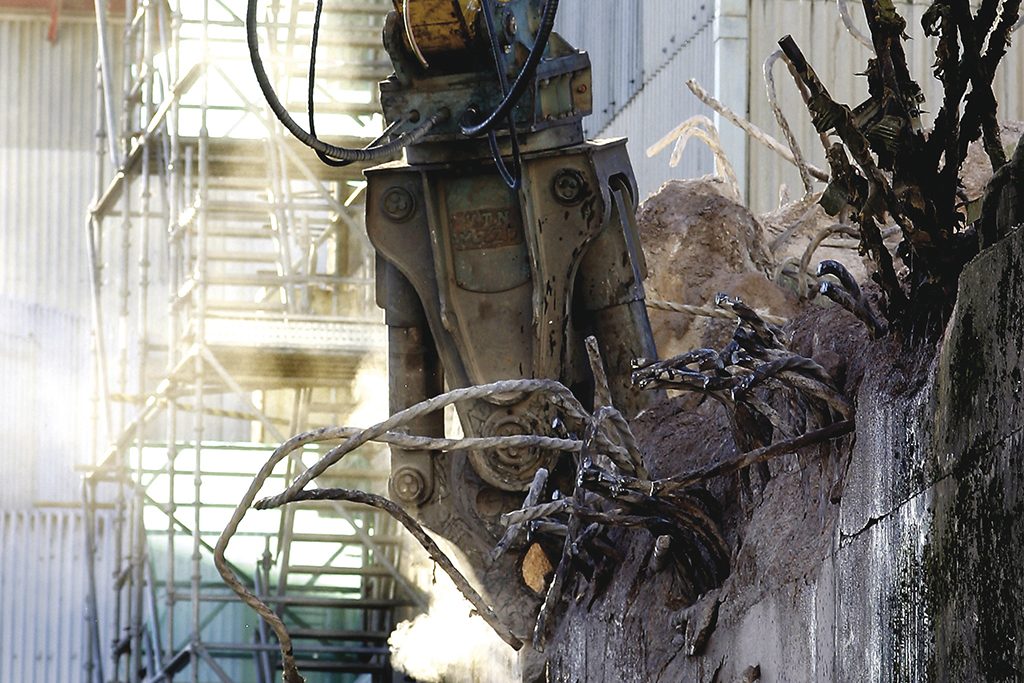 Eight demolition firms have admitted involvement in bid rigging, as the competitions watchdog announced a provisional finding of illegal cartels operating in the sector.

Brown and Mason, Keltbray, McGee, J F Hunt and DSM – five of the 10 largest companies in the sector, according to CN’s most recent analysis – all accepted their involvement in at least one instance of bid rigging between January 2013 and June 2018, as did Cantillon, Clifford Devlin and Scudder, which is now owned by Carey Group.

The Competition and Markets Authority (CMA) provisionally concluded that a total of 10 companies colluded on prices when submitting bids for work on 19 projects, worth more than £150m in total for clients that included the Metropolitan Police, the University of Oxford and Selfridges.

The two firms that are not admitting any involvement are Erith and Squibb.

Seven of the 10 companies were provisionally found by the CMA to be involved in arrangements that saw unsuccessful bidders compensated by contract winners – in one case by more than £500,000. This list excludes Clifford Devlin, J F Hunt and Keltbray. Erith and Squibb are contesting the finding.

All 10 firms now have the chance to make representations in response to detailed provisional conclusions that they have been sent by the watchdog, which include the level of fines proposed, before a final verdict is given later this year.

The CMA has the power to fine companies up to 10 per cent of their global turnover and to seek the disqualification of directors through the courts. Companies can receive discounted fines for compliance with the investigation.

The watchdog has not revealed publicly its proposed penalties in this case. Some of the firms said they had already accepted a fine (see box, below).

CMA executive director for enforcement Michael Grenfell said: “The construction sector is hugely important to Britain’s economic well-being. Bid rigging can result in worse deals, which can leave businesses – and sometimes taxpayers – out of pocket.

“This is unacceptable, and the CMA won’t hesitate to come down hard on these activities and impose appropriate fines.”

Suspected cartel activity affected several big schemes in the capital, including Lots Road Power Station in Chelsea, Whitehall Old War Office in Westminster, and the Metropolitan Police Service’s training and operations centre in Hendon, according to the CMA. Its probe also looked into contracts in Oxford, High Wycombe, Reading and Coventry.

Keltbray said: “Keltbray strongly condemns anti-competitive practices and, having co-operated fully and formally settled its case with the CMA, acknowledges the findings relating to isolated activities of a previous management team in a subsidiary business. As the CMA investigation has confirmed, Keltbray Limited did not benefit from the award of any contracts nor received any compensation payments arising from this infringement activity. Since 2019, Keltbray has transformed its organisational structure and corporate governance framework, and has assured all stakeholders that these historic practices will not occur in the future.”

Brown and Mason said: “Brown and Mason continues to co-operate fully with the CMA’s investigation into allegations of anticompetitive behaviour in the UK demolition sector. In order to draw a line under this, Brown and Mason have agreed to settle in relation to two historic, unconnected and isolated instances that took place under previous management nearly a decade ago. No customers were adversely affected by Brown and Mason’s conduct, and we remain committed to delivering the highest possible level of technical, commercial and ethical service to our customers. Competition law compliance is at the core of our business, with our new, progressive management team having taken extensive and appropriate steps to reinforce our competition law compliance measures.”

Cantillon said: “Today, the CMA announced the findings of its investigation into anti-competitive behaviour during the period of 2009-19. This found that Cantillon was one of a number of demolition companies that engaged in this behaviour, with instances from 2013-17. We have worked closely with the CMA on this civil investigation by co-operating fully, and do not dispute the findings. Cantillon has a proud record stretching back over 50 years. This culture informed our decision to proactively end these practices back in 2017, and reform our internal governance and cultural approach to prevent them from reoccurring. The Cantillon of 2022 is a very different business to that of 2017. We have accepted the fine, and apologise to our customers and stakeholders for our previous lapse in standards.”

McGee said: “McGee acknowledges historic Competition Act infringements, as announced by the CMA. These infringements took place under the previous ownership and leadership structure. Throughout the period of the investigation, McGee has co-operated fully with the CMA. Having reached a final settlement position, McGee has certainty over the quantum of its fine and has made full provision in its previous audited financial statements. Accordingly, there will be no further financial impact on McGee arising from the investigation.”

Carey Group directors said: “Today, the CMA published a press release regarding investigations into suspected anti-competitive arrangements in the supply of demolition construction services in Great Britain. TE Scudder Limited has been listed as an involved party and as a leniency applicant. In line with the CMA’s usual practice, it has automatically held TE Scudder Limited’s parent companies, PJ Carey Plant Hire (Oval) Limited and Carey Group Limited, liable as well. We want to take this opportunity to sincerely apologise for the actions that resulted in this investigation. The behaviours that were exhibited were not acceptable and are certainly not in line with our values.”

National Federation of Demolition Contractors (NFDC) president William Crooks and chief executive Howard Button said in a joint statement: “The federation’s role is to champion professional standards within the demolition industry. We have a clear code of conduct, which all members sign up to, that is designed to ensure the highest standards of industry practice. NFDC will be contacting the members referred to in the CMA announcement to understand their response to the CMA and, where appropriate, the measures they have or will put into place to ensure that such activity is prevented in the future.”

All the companies named by the CMA have been contacted for comment.