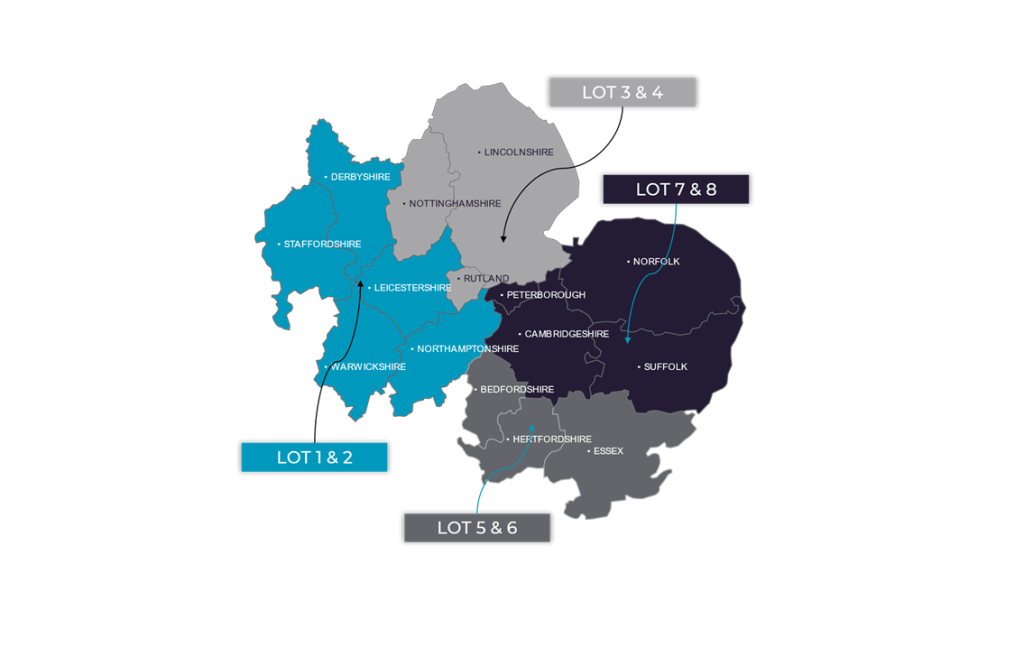 Eight contractors have been named on a £750m construction framework to carry out projects across the Midlands and the East of England.

Jeakins Weir, Stepnell, GF Tomlinson, Lindum Group, Ashe Construction, Conamar, Clegg Construction and RG Carter have all been appointed to the framework by Scape, one of the UK’s leading public-sector procurement authorities.

Local authorities and public-sector organisations will be helped by the firms to deliver “ambitious, community-focused construction projects”, up to a value of £7.5m, from August, with a focus on meeting net-zero ambitions.

Scape has said the four-year framework will build on the impact of its existing ‘Regional Construction’ framework, which has successfully delivered 400 projects over the past four years.

Split into four regions, the agreement will provide a combined £300m for works in Derbyshire, Leicestershire, Northamptonshire, Staffordshire and Warwickshire – which make up plots one and two.

The same amount has been allocated for work on lots three and four, which will be based in the counties of Lincolnshire, Nottinghamshire and Rutland.

A full summary of how the £750m framework is split into areas, and which contractors have been chosen, can be found below.

The next-generation framework will operate under a “parallel lotting structure” to provide public-sector clients with a greater choice of contractors before commissioning a project.

This is alongside a new ‘net zero-ready’ lifecycle agreement feature, which will support the public sector’s ambitious sustainability goals and provide an effective response to the climate emergency.

“After receiving positive feedback from clients, we’ve enhanced the framework to provide our public-sector colleagues with the tools to not only deliver value-driven infrastructure in their areas but support their journey toward a net-zero built environment.

“The direct award framework is designed to achieve value for money, drive sustainability and deliver a local economic impact on every project,” he added.

Scape is a member of the National Association of Construction Frameworks (NACF) and manages more than 1,800 live projects. It operates with a buying power of £18bn.

Earlier this week, Mace announced that it had been chosen to deliver up to £2bn of construction work over the next decade at the Greenwich Peninsula in London, while Balfour Beatty was named as one of four contractors on a four-year highways framework, worth £1bn.