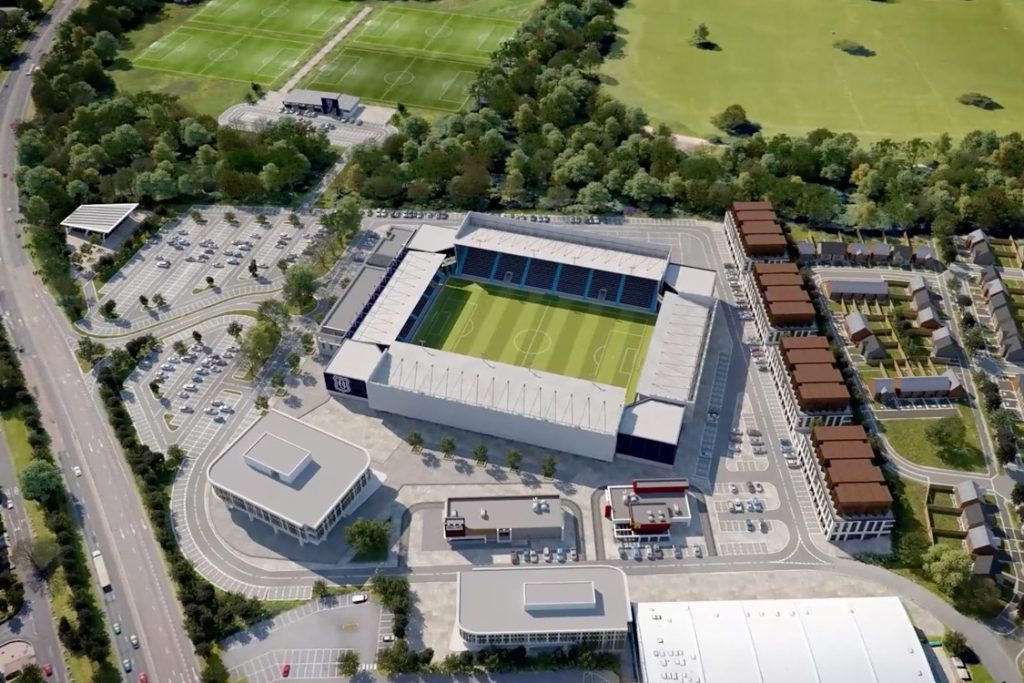 Revised plans have been submitted for a new 15,000-seat stadium for Scottish football club Dundee FC.

Dark Blue Property Holdings, a special-purpose vehicle established in 2015 to oversee the development, has formally submitted a proposal of application (PAN) notice to Dundee City Council for the stadium near Dundee Ice Arena.

The proposed development would include 210 homes, a 100-bedroom hotel, a crematorium and restaurants.

It comes five years after the club first submitted stadium application plans for the site. After a public exhibition was held, those plans were pulled due to environmental and cost concerns.

The new PAN outlines plans to deliver the new stadium by 2024.

The proposals include a football training facility to the west of the site, an extension to the existing ice rink and alterations to access roads.

Dundee FC managing director John Nelms recently stated that “it is time to get this project off the ground”.

Nelms added: “We have had people working on this for so long, working hard for so long.

“We have the elements here with the stadium. We have a crematorium, we have housing, you have flats, you have commercial space and we have a hotel. And you have a new training facility for Dundee Football Club. All these elements coming together are going to make it an exciting project for the city. It is time. It is really time for us to get going.”

How to take charge of your construction…