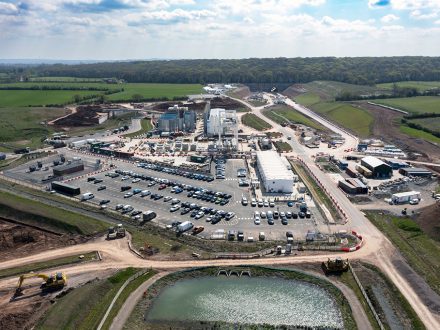 Drone technology is helping HS2 contractors save £50,000 per year.

Joint venture Balfour Beatty and Vinci (BBV JV) has adopted ‘site scan’ technology, allowing it to carry out faster and cheaper surveys by drones on a site in the Midlands, which stretches for 90km, from Long Itchington in Warwickshire northwards to Lichfield.

The firm estimated that it could potentially save £1.6m in the first year if it scaled it up across its 80 sites.

A further £30,000 per year has been saved, helping to remove 800 ‘working at risk days’ by enabling better monitoring of aggregate stockpiles. A single drone operator can carry out 3D volumetric measurements in 20 minutes.

Before the technology was employed, contractors would take a full day to physically measure stockpiles and calculate transport requirements. This work often took place in steep and dangerous environments, which can now be prevented.

BBV innovation director Dan Fawcett said: “We needed the right software to manage an increasingly complex and varied use of drones, and meet the needs of multiple teams – from logistics to site managers to engineers.”

He added: “New digitised workflows are rapidly replacing traditional, physical working practices, and introducing new levels of efficiency, accuracy and safety. On major projects, such as HS2, the return on investment achieved is significant.”

Alongside cost-cutting methods, BBV has implemented time-saving solutions as part of its main works contract with HS2, including a redesign of construction.