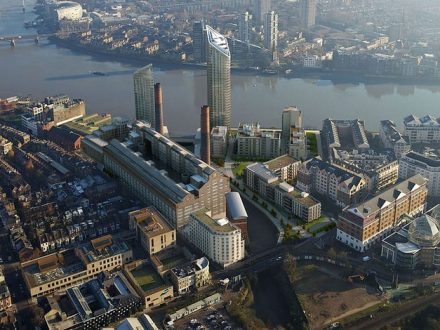 A development partner is being sought to advance designs for a £145m mixed-used scheme in the London borough of Kensington and Chelsea.

After engaging with interested parties for the scheme in March, Kensington and Chelsea London Borough Council has now officially fired the starting gun for procurement.

It will also feature in the region of 5,000 square metres of employment space that is earmarked for creative companies, food outlets, medical service providers, galleries and shops.

In a prior information notice, released last month, the scheme was said to be worth £160m, although its value has been reduced by £15m following further development.

The development partner will oversee design, planning and funding of the following:

The works are expected to commence in 2023.

A council spokesperson said: “The council have a comprehensive plan incorporating the subject site, looking to transform the local area to make it both a place for residents to live and to work.

“With the continued growth of the borough, the council realise that further expansion of the area is necessary to meet the needs of its residents, in addition to recognising the requirement for regeneration of existing assets.

“Having sought the views of local residents, options have been developed that would provide new homes, 50 per cent of which would be social rent and key-worker homes, including extra-care homes, enhancement of the employment zone and provision of community facilities alongside landscaping and green space.”

A draft design guide for the Lots Road scheme says the site, between Chelsea Harbour and the King’s Road, is currently occupied by a vehicle pound and two warehouse buildings.

The £500m Chelsea Waterfront redevelopment of Lots Road Power Station (pictured), backed by a developer team of Hutchison Property Group and Hong Kong’s CK Asset Holdings, is well underway nearby and scheduled for completion in 2024. Ardmore secured a £170m deal for the scheme in 2016.

Meanwhile, Chelsea FC’s plan to redevelop its stadium at Stamford Bridge, just north of the King’s Road, was put on ice in 2018. The huge cost of the development has been reported as an obstacle to the quick sale of the club by Russian owner Roman Abramovich.