Developers yet to sign remediation pledge explain their reasons why 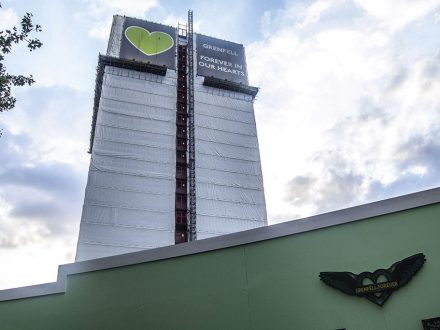 Developers and housebuilders who have yet to sign up to the government’s remediation pledge have explained their reasons for not doing so.

A lack of time to assess the conditions attached to the pledge, paperwork not arriving in time for the government’s initial announcement and a lack of historical buildings that qualify for remediation are just a few of the reasons given by those yet to sign up.

By the end of last week, 35 developers and housebuilders had agreed to contribute up to £5bn for safety repairs on buildings that are 11-18 metres high and need remediation.

But Construction News revealed last week that more than a dozen housebuilders and developers have yet to sign up to the agreement, which would see them remediate any defective buildings they built over the past 30 years without applying to the Building Safety Fund (BSF). That was agreed following negotiations between the Department for Levelling Up, Housing and Communities (DLUHC) and the Home Builders Federation (HBF).

As well as being barred from selling new homes, Gove has previously indicated that those companies unwilling to pay up could face legal action or be blocked from public procurement, or they could be shut down.

Many firms that have yet to sign up indicated that they intend to do so, given more time.

One firm, Telford Homes, said it had asked for more time to discuss the pledge “with key stakeholders”.

“We are awaiting an extension of the signing deadline in order to evaluate this complex matter and will continue to address this issue to the benefit of leaseholders,” a company spokesperson added.

Inland Homes also said it was moving to sign the document and that building safety was its “top priority”.

“We fully support the principle that leaseholders should not have to pay for remediating blocks with fire-safety issues,” a company spokesperson added. “Signing the pledge is on top of the board’s agenda, and the company is in the process of finalising all internal approvals to enable us to join other housebuilders as soon as possible.”

Meanwhile, Weston Homes, a housebuilder that works in London and the South East, said it had agreed to sign the pledge. “However, […] has not yet received the paperwork. Once this is received, it will be signed and returned immediately,” a statement from the firm reads.

Scottish housebuilder Stewart Milne, which clocked up a turnover of £269.7m in the year to 31 October 2020, has yet to sign the pledge.

A spokesperson for the group said: “Stewart Milne Homes is a relatively small, independent housebuilder, focused on building family homes, primarily in Scotland.

“We agree with the sentiment that no leaseholder should pay to remediate medium-rise buildings with fire-safety issues, but don’t believe we are among those large developers being targeted by this pledge, and are currently in discussions with the government on whether we [are] require[d] to sign up at this stage.”

In a similar vein, a spokesperson for Carlisle-based Story Homes said it first heard from the government about the pledge on 13 April.

“We don’t believe that we have any buildings that require life-critical fire-safety remediation works. However, we will work with the Building Safety Team from the Department for Levelling Up to clarify this and, if appropriate, we will sign up to the pledge,” the spokesperson added.

Abbey Developments declined to provide a comment. CN also approached Galliard and Mount Anvil for comment. At the time of publication, they had not responded. CN approached the DLUHC for comment.