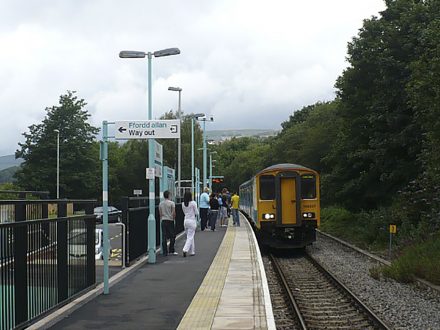 The £2m design contract for the Ebbw Vale Frequency Enhancement (EVFE) rail project in Wales has been awarded to Systra.

The 12-month design contract involves civil and structural engineering, geotechnical, environmental and architectural interventions. Systra will be working with contractor AmcoGiffen, which is carrying out the project’s £20m construction works.

The project will deliver additional services on the Ebbw Vale railway line through the re-instatement of old-twin track.

Systra’s work will be concentrated on the delivery of a 11km loop reinstating the twin-track from Crosskeys to Llanhilleth. Approximately 3.2km of new track will be laid between Aberbeeg and Crosskeys to create the passing loop.

These rail improvements are part of the £70m EVFE project that will allow a new hourly passenger service between Newport and Ebbw Vale. The project is funded by Blaenau Gwent County Borough Council, supported by a loan from the Welsh Government.

Apart from the new track, EVFE also involves the construction of new platforms at Llanhilleth and Newbridge; the extension of existing platforms so that they can accommodate longer trains in the future; installation of a new footbridge; replacing the rail bridge over Bridge Street in Newbridge; creation of new bridge walkways to five separate structures; and enhancing multiple embankments, cuttings and retaining structures along the route.

A £17m signalling upgrade – funded by Network Rail via the Department for Transport – will be delivered at the southern end of the line.

Construction works have already started and will be completed at the end of next year.

“This exciting project will deliver great outcomes for the local communities in South Wales who will directly benefit from increased rail services and much improved station facilities.”