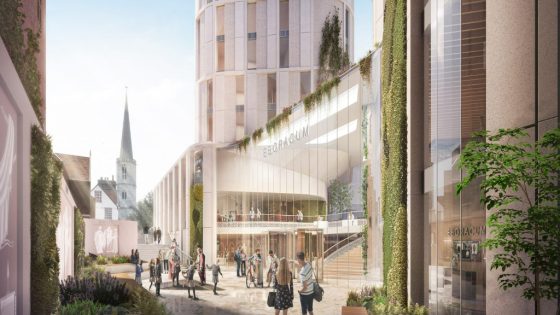 A decision on the future of a major mixed-use project in York has been delayed after the city’s council learned of the Queen’s death during a planning meeting.

Councillors agreed to adjourn the committee on Thursday night (8 September) to a later date having already discussed the large Roman Quarter plans for almost two hours.

The two-block office, hotel and residential scheme, featuring a Roman-themed visitor attraction, had been recommended for approval.

Planning committee chair councillor Chris Cullwick said: ‘In light of the sad news of the death of Her Majesty Queen Elizabeth…we feel that it is appropriate that we discontinue the meeting at this time to be adjourned.’

Last year, York City Council’s planning committee threw out plans for a 10-storey development featuring 211 flats, offices, and shops on the 2ha site in the heart of the historic city.

Despite its own officers’ recommendation to approve the scheme, councillors voted 11-3 against the plans, dubbed the Roman Quarter, with one branding the project an ‘ugly duckling’.

The Roman attraction, Eboracum, would be more than twice the size of the city’s popular Jorvik Viking Centre. The latest plans also feature an 88-bedroom hotel, 153 flats and 2,322m² of office space. The estimated cost of the project is £150m, according to construction intelligence provider Glenigan.

The ‘fully redesigned’ proposal, though still roughly the same height, broke down the massing of the original single-block scheme, which was described by the planners as having a ‘very solid and bulky form’.

It has been designed by architect firm Vincent & Brown.

A new committee date has yet to be confirmed.