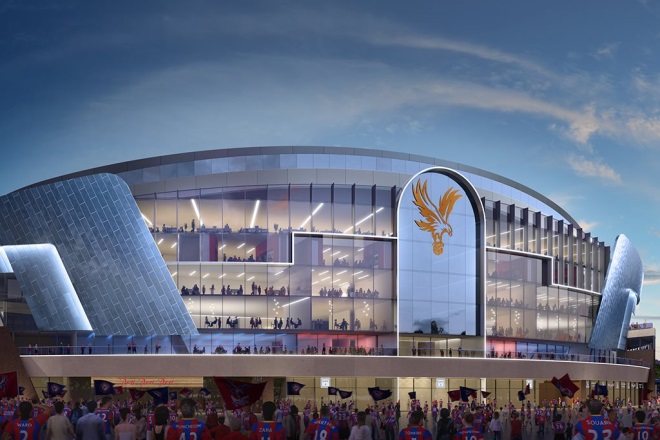 Crystal Palace Football Club has made changes to its £100m stadium redevelopment plan, prompted by conversations with a fire engineer.

The Premier League team gained planning permission in 2018 for its revamp of its main stand, which will add 8,000 seats to its Selhurst Park stadium in south London, taking the capacity to 34,000.

But it has now put forward a revised proposal, which is due to be reviewed by London Borough of Croydon on 20 October.

Construction News understands the changes, which include the addition of an extra evacuation lift to the stand, come after the club received advice from a fire engineer.

More partitions are also being planned to separate lobbies within the new stand, while some doors and stairs are being moved following the guidance.

However, the club has also made changes to the drainage system and landscaping plan on the advice of security consultants.

In November, Crystal Palace announced plans to start the £100m expansion by the end of 2022. At the time of publication, a spokesperson for the club had not responded to questions about whether the planned changes will mean work starts later than anticipated last year.

As part of the plan, the Premier League club must replace six affordable homes which would be demolished. Five of the replacement homes will be purchased by the council.

Residents also need to be given 12 months’ notice to move out of their homes. Initially, the club had expected the newly expanded stadium to be ready for the beginning of the 2021/22 football season, which finished in May.

Crystal Palace is also set to develop 550 square metres of restaurant and retail space as part of the job, and will extend the pitch by around four metres, to give it the dimensions needed to host international matches.

A spokesperson for the council said Crystal Palace had amended its planning application to reflect current planning policy.

“The application has been updated to reflect this and will be considered, with the case officer’s report, by our planning committee in due course,” they added.

Crystal Palace is one of a growing number of Premier League clubs seeking to expand their stadiums.

Liverpool got the green light for its £60m expansion plan last June, which will add 7,000 seats to its Anfield Road stand, while Leicester’s expansion plan got rubber stamped by the council earlier this month.

Everton, meanwhile got assurances in June that a US consortium would fund the completion of its new £500m stadium in Bramley-Moore Dock, which is being built by Laing O’Rourke.