Crossrail’s Bond Street: what lessons can we learn? 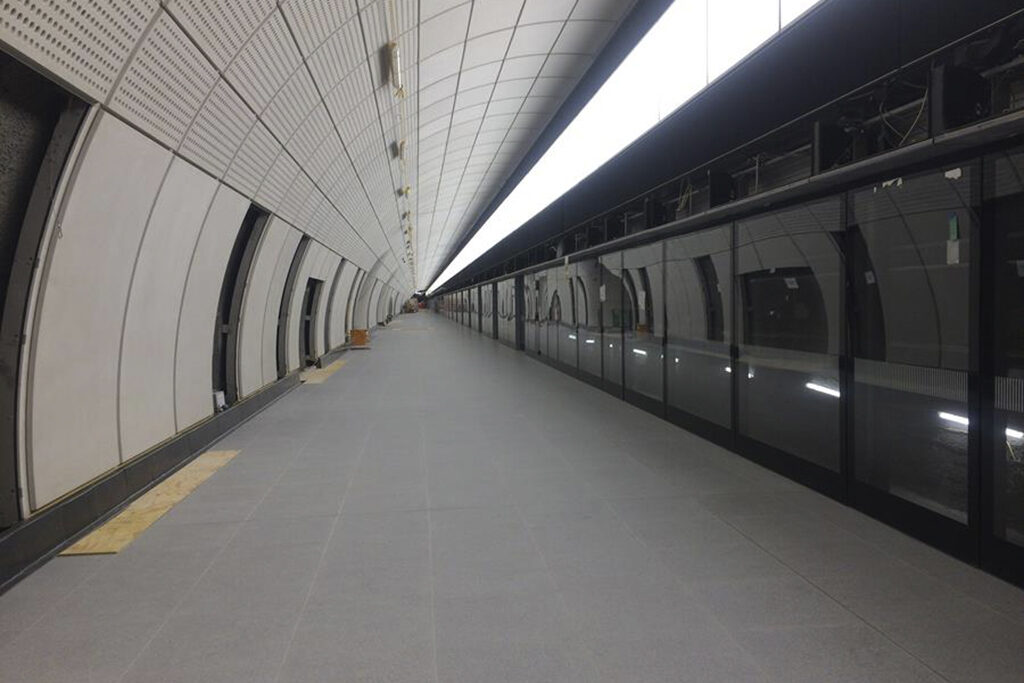 In September, Transport for London (TfL) delivered welcome news: the last station in the central, tunnelled section of the Crossrail project would finally open on 24 October.

Bond Street station is today opening five months later than other central stations and nearly four years after the initial target opening date for the route. The amount spent on the station has increased to almost six times the original estimated of £111m, to a total of £660m. So, what lessons can the construction industry learn from the overruns affecting the station and, indeed, those affecting the Crossrail project as a whole?

In 2019, Mark Wild, then Crossrail’s chief executive, revealed that tunnelling problems dating back to 2014 meant work at Bond Street was a running a year behind other stations. Speaking to Construction News after the latest announcement, Wild said this had meant some fit-out work began before design work had been completed, which he admits “lost the thread back to the core design”.

“We probably should have delayed the installation of equipment to give a little bit more time for the design to mature,” he says.

Setting a hard date of December 2018 for finishing Crossrail meant the Bond Street team faced pressure to rush ahead and get everything done on time. Assessments by engineering firm Jacobs, which since 2020 has acted as project representative for TfL and the Department for Transport, also concluded that access issues had contributed to cost and timescale overruns affecting the station.

In June 2020 Crossrail took the decision to remove the Costain/Skanska joint venture from the Bond Street job, taking construction work in-house. Construction journalist and broadcaster Christian Wolmar said this move followed rumours of difficulties in the relationship between the joint venture and Crossrail.

Neither Skanska nor Costain would talk to CN about the project. However, in a statement, TfL said the move to go in-house was purely down to a “unique set of circumstances” related to the impact of coronavirus. “Had coronavirus not come into play, there would not have been a need to make that change,” TfL’s statement said.

Wild backs this version of events. With 800 people working on the project, he says the pandemic meant work levels agreed in the original contract had to be reduced. The only available option, he said, was for it to be scrapped. “It was really a very hard thing to do. I wouldn’t recommend it,” he said.

One of the “absolutely key lessons” from the delays, both at Bond Street and on the wider project, is that a wider use of modular solutions could have made the project easier, quicker and cheaper, Wild said. “Generally, there was far too much bespoke design,” he said, though he added that some elements – the platforms and some of Laing O’Rourke’s work at Liverpool Street station – made use of modular elements.

David Clarke, technical director at the Railway Industry Association, agreed. He said M&E work across the board was bespoke, meaning the stations, though “magnificent” from an engineering perspective, were made “five times” more complex. The need to integrate three separate signalling systems did not help matters.

Clarke called for future infrastructure schemes to create teams to consider such issues at an earlier stage. “That need was underestimated,” he said.

Wild argues a “window of uncertainty” could be a more sensible approach on major infrastructure projects in future. That, for him, is the “most fundamental easy lesson” from Crossrail. He suggests two dates: one the internal team is challenged to reach and a later one that would also be acceptable but allows for difficulties within the project.

“It’s inconceivable to think, with such uncertainty, that you could name the date of opening years in advance,” he said.

A similar argument applies to costs, according to another source with knowledge of Crossrail. Setting an “unviable” budget of £14.8bn (which has since increased by more than £4bn) meant the client was “always chasing its tail”.

Collaboration between all parts of the supply chain is a crucial element of successful infrastructure projects, according to the source, who worried that “that didn’t fully work” on Crossrail. Involving contractors in the early design, they said, could have helped to factor in modular and other elements: “Optimised contractor involvement should be a strong focus going forward.”

A spokesperson for TfL said the body will “look at what lessons could have been learned from the build of Bond Street station as part of our wider lessons learned programme for the wider project”.

According to TfL, some 45 million journeys were made on the Elizabeth Line by the end of September, which the experts said demonstrated the scheme’s positive impact. However, in an inflationary environment, and with rocketing material and labour shortages posing real issues for contractors, learning from the struggles to deliver Crossrail scheme is imperative.

1974 ‘Crossrail’ name is coined in a study conducted for London Rail, the Department of the Environment and Greater London Council

2008 The Crossrail Act, with plans for a line from Maidenhead (later extended to Reading) and Heathrow Airport to Abbey Wood and Shenfield, gains Royal Assent; an enabling works framework follows nine months later

2017 Construction News reveals that major contracts worth more than £3.3bn have been handed out as part of the Crossrail project