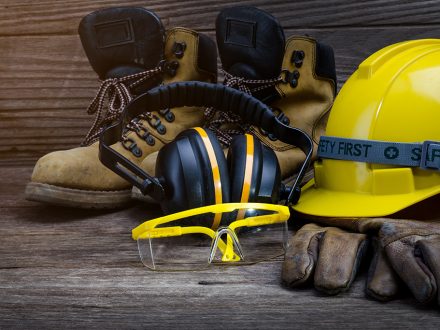 Lancashire County Council has been fined £50,000 and ordered to pay £10,000 in costs after several employees carrying out work in the highways department developed a debilitating nerve condition as a result of failure to control exposure to vibration.

According to the Health and Safety Executive (HSE), the council ignored an improvement notice regarding vibration issues in 2019. However, a further 10 cases were found, with the council judged to have failed to sufficiently monitor the risks.

Manchester Magistrates’ Court heard that in February 2019 HSE received a RIDDOR [reporting of injuries, diseases and dangerous occurrences regulations 2013] report from Lancashire County Council, relating to a diagnosis of a case of Hand-Arm Vibration Syndrome (HAVs).

An improvement notice was served to the council in July 2019, requiring the council to improve their control of HAVs. However, subsequent to this, a further 10 cases of vibration- related ill-health, unrelated to the RIDDOR report, were uncovered and reported late. Four more reports were also filed, but these were on time.

Regular use of vibrating tools causes the painful and disabling disorder which, in this case, has left the employees with nerve damage to the hands and arms, making everyday tasks and leisure activities difficult or impossible.

An investigation by the HSE found that there had been insufficient supervision and monitoring by the council to ensure that operatives accurately recorded their levels of exposure to vibration.

The HSE said that health surveillance records had not been acted upon promptly to reduce or stop exposure levels when symptoms were reported. In addition to this, risk assessments were not adequate for controlling the amount of exposure of operatives, and practices had not been implemented to prevent overexposure.

Had these measures been in place the total of 15 reported HAVs incidences of ill-health could have been prevented. It was also found that the council had failed to send reports of the various diagnoses to HSE without delay as required under the RIDDOR regulations.

Speaking after the hearing, HSE inspector Jennifer French said: “HAVs can be a serious and sometimes disabling condition that is irreversible.

“All employers have a duty to provide effective measures to ensure the health of their staff are not seriously or permanently harmed by the work they are asked to do. HSE is committed to thoroughly investigating companies who do not comply with their duties and will prosecute if necessary.”