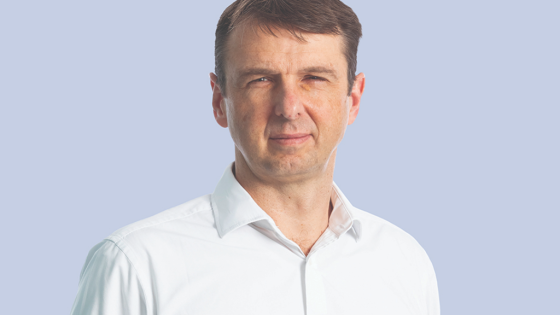 The government should appoint an infrastructure secretary to ensure stronger leadership on nationally significant projects across the UK, Costain’s chief executive has suggested.

Speaking to Construction News, Alex Vaughan said a dedicated senior minister in the role would help to “join up” different government departments working on large-scale schemes.

Vaughan said the person should work closely with large clients, such as Network Rail, to ensure the successful delivery of nationally significant projects, for example HS2 and the expansion of Heathrow airport.

His comments come after of ministerial movements triggered by Liz Truss coming to power in early September, though he was speaking to CN before the removal of chancellor Kwasi Kwarteng last week.

Vaughan said: “What I would love is a UK infrastructure secretary of state because I think the UK’s national infrastructure is so important that we need a [role] that oversees the whole lot, the ecosystem if you like.

“Increasingly transport, energy, water and other [government] departments are more connected. But I think having someone with a holistic view would be better.”

Vaughan said he has been encouraged by the prime minister’s commitment to major projects signed off by the previous administration, and argued an infrastructure secretary was also important for the UK economy.

“That role should oversee the whole infrastructure that drives the UK ecosystem and look at how we join that all up. I think it’s critical to the growth and prosperity of the UK.”

It is not the first time an infrastructure sectary role has been suggested. In 2014 the Evening Standard reported that former PM Boris Johnson, then mayor of London, was considering a new “superpost” that would combine responsibility for transport, business and housing.

It was suggested the following year by Conservative MP Stephen Hammond, and was again discussed in 2019. At the time, however, Labour peer Lord Adonis told CN: “Whitehall musical chairs won’t make a jot of difference to the actual planning and delivery of infrastructure. What’s needed is funding and political will.”

At present, UK infrastructure projects are handled by several government departments, including transport, energy and housing.

Vaughan said the benefits of joined-up thinking were demonstrated during the pandemic, when the government stepped in to help housebuilders, a response he described as “brilliant”.

“There was an understanding that [they had to] look at the whole ecosystem because without housebuilding we haven’t got enough demand – and they got it and got the whole industry working closer together and driving recover,” he said.

Last month former chancellor Kwasi Kwarteng announced plans to overhaul the planning system for major infrastructure projects, with schemes to be fast-tracked to unlock economic growth. The Treasury said on Tuesday that this remained policy under Jeremy Hunt.