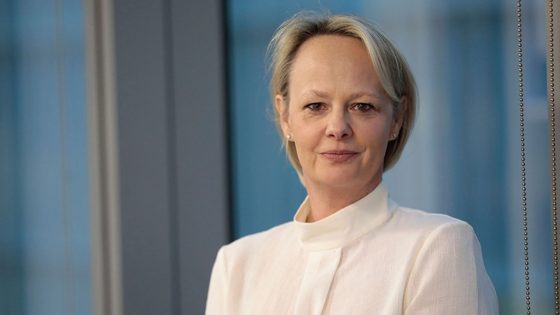 Costain has named a Conservative peer as its new chair.

Baroness Kate Rock will replace Paul Golby as chair on 1 December, after the group announced his intention to step down in March this year.

Since 2020, Baroness Rock has occupied the role of senior independent director at geotechnical specialist Keller, having been appointed a non-executive director in 2018.

She is also a senior adviser at Instinctif Partners, an international business communications consultancy, and was a managing partner of its predecessor, College Hill Associates.

Baroness Rock served as vice-chairman of the Conservative Party between 2015-16, with special responsibility for business engagement.

She was placed in the House of Lords by David Cameron in 2015 and currently sits as a member of the Lords Science and Technology Select Committee. She will serve there until January 2023.

Commenting on her appointment, Baroness Rock said: “I am delighted to be appointed to the role of chair at Costain, and to be joining a team with a clear strategy and history of delivery in the growing UK infrastructure market. I look forward to contributing to the next stage of the group’s development.”

Tony Quinlan, senior independent director at Costain, said: “Having conducted an extensive search process, we are delighted to welcome Kate to the board, where she will support the group in the next stage of its transformation.

“She brings a strong understanding of the construction contracting sector, the application of innovation and technology to drive productivity enhancements, and of government.

“Her background in corporate communications and strategy, as well as her natural energy and new ideas, will support the acceleration of our transformation.”

Quinlan also thanked the outgoing Golby for his “considerable contribution” to the group.

Golby said: “I have been proud to serve as chair of Costain for more than six years. I am confident that the strong progress made will ensure Costain continues to fulfil its purpose to improve people’s lives through connected, sustainable infrastructure. I wish Kate every success.”

In interim results for the half-year ending 30 June, Costain reported a pre-tax profit of £11.2m, compared with £9.1m during the first half of 2021 – marking a 23 per cent increase.