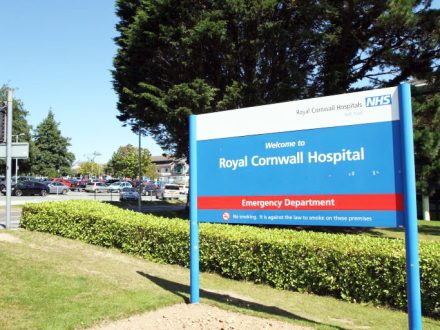 The construction of a £100m unit for women and children at a hospital in Cornwall is to be delayed by three years, as the hospital trust deals with rising building costs.

The project to bring a new unit to the hospital in Truro, Cornwall, is part of the New Hospital Programme (NHP) to build 48 new hospitals by 2023.

Approval for the schemes is given by the Treasury and the Department of Health and Social Care, after the respective hospital trust submits an outline business case.

Williamson told a meeting at Cornwall Council this week: “In this environment with construction inflation costs, we’ve been understandably asked to do a further review of the cost of the build. And that will inform a further business case submission later on this year, subject to funding being confirmed by Treasury by January next year, that would allow that programme to be concluded by December 2027.”

Conservative MP for Truro and Falmouth Cherilyn Mackrory wrote to health secretary Steve Barclay after the meeting to express her concern about the delay.

She said: “While I may have reservations about the new predicted costs to build the new hospital, because of the delays we now have to contend with inflation and the significant increase in building materials. The future of the project is now also being questioned locally – will this new hospital ever be built?

“As the co-chairman of the All-Party Parliamentary Group on Baby Loss, I have seen first-hand how fantastic our doctors, nurses and midwives are at Treliske. This new hospital would absolutely transform maternity and women’s health in Cornwall.”

Recently, a £1.1bn scheme involving three hospitals in Hertfordshire was given the sign-off, despite its construction costs doubling.

This approval came after The Sunday Times reported that the Treasury had taken over the budget for the New Hospital Programme because it was concerned that the Department of Health would not be able to control its spiralling costs.

In February 2021, Bam Construct was appointed to carry out a three-storey extension to an existing wing at Royal Cornwall Hospital. The job was valued at £30m.