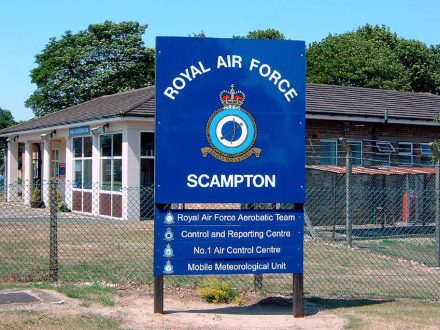 A £300m contract to redevelop the soon-to-be-former home of the Red Arrows is up for grabs.

West Lindsey District Council said it was seeking a delivery partner and investors to regenerate RAF Scampton in Lincolnshire, which has served as the base for RAF’s elite display squad since 1996. The works are part of the government’s levelling up agenda to increase infrastructure equality across the UK.

The chosen delivery partner will work towards designing a master plan for the former defence site, with community, heritage, and net-zero carbon in focus.

The contractor will also deliver future-proof infrastructure on site, improve the net biodiversity gain and explore ways to use the protected airspace. Plans for the space will be finalised on the basis of the bids received but could include the construction of hotels, restaurants, museums and shops. The taxiways, runways and airfield pavement will also be regenerated.

The local authority is liaising with the Defence Infrastructure Organisation on behalf of the original owners of the site, the Ministry of Defence, to find partners.

Bierley said: “The Council is currently progressing plans for RAF Scampton. Using our experience of disposals of the past, the process to transition Scampton from RAF use to economic driver for Lincolnshire will be one that is held as an exemplar of best practice in years to come.”

Procurement is set to be finalised by the end of this year.

In May, tier one contractor Skanska won a £259m job to build a defence vehicle facility and maintenance centre in Gloucestershire.