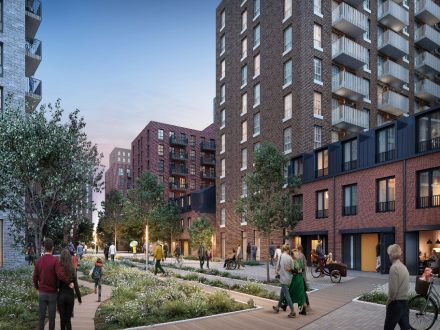 Property developer Latimer is inviting contractors to bid for work on phase one of its £108m Kirkstall Corridor redevelopment in Leeds.

The development arm of Clarion Housing Group has sounded out potential contractors for the first stage of the project in Yorkshire and the Humber, which will see the construction of 623 homes and “associated commercial space”.

The mixed-use scheme, located on the site of the former Yorkshire Chemicals site, will see a further 814 homes built during phase two – meaning it will create over 1,400 new homes in the area once complete.

Both multi-dwelling buildings and individual houses will be constructed at the site, according to the contract summary posted by Latimer on 13 June.

Plans for the project, formerly known as the City Reach scheme, were initially approved in March 2016 and include a multi-storey structure. Broadway Malyan is the architect behind the designs.